Why we arrest drivers with faded number plates – VIO
Advertisement 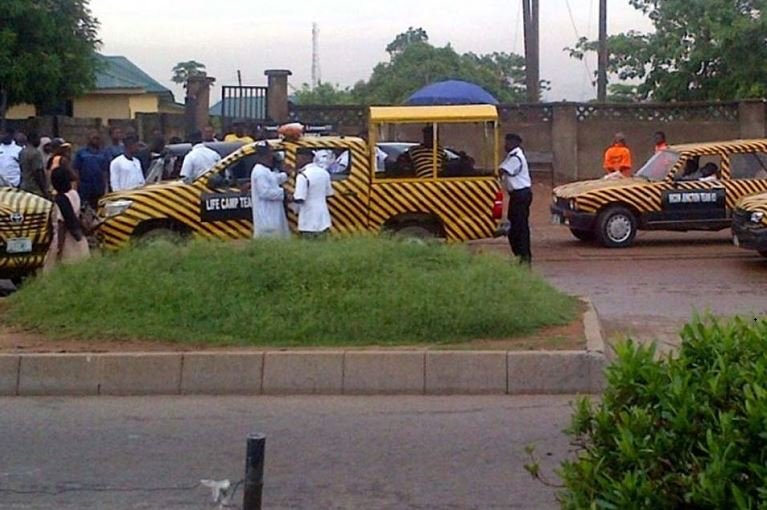 The Federal Capital Territory Vehicle Inspection Office (FCT VIO) says its arrest of motorists over faded vehicle number plates is not to extort them but ensure compliance with traffic rules.

The FCT VIO Spokesperson, Mr Kalu Emetu, made the clarification following complaints by motorists over the issue.

Some of the motorists said they were made to pay heavy fine of up to N20,000 and directed to procure a new number plate for no fault of theirs.

The motorists said that the VIO should blame the Federal Road Safety Commission (FRSC) for the substandard number plates which fade easily, instead of heaping the blame entirely on them.

Emetu, however, told the News Agency of Nigeria (NAN) on Monday in Abuja, that all vehicle number plates must be visible from at least from 50 meters, otherwise it was an offence to use it.

He said that if a clear view could not be achieved, then the number plate was not performing its function.

“For example, if a vehicle is stolen it’s the plate number that will be used to identify the vehicle to report to security agencies.

“Car owners should avoid the use of hard sponge and all types of cleaning agents because it could affect the number plate paint.

“Car wash soap usage is better to avoid such situations,” he said.

The spokesman explained that the VIO resorted to enforcement of fines after it carried out series of enlightenment programmes on radio.

“We have been going on air to explain the need to have a clear and bold number plate.

“We don’t just come up with such decisions as there is no amount of enlightenment that will make Nigerians agree.

“Ignorance of the law is not an excuse, because having a faded vehicle number plate is an offence.

“When people say they are not aware that it’s an offence, then that’s not true,” he said.

According to him, those accosted for having faded vehicle number plates should blame themselves for not doing the right thing at the right time.

“It is not a way of extorting money and all this is in the interest of the public and not the directorate.

“The money is a fine for breaking the law and after payment we expect that the vehicle owner applies to get a new number plate immediately,” he said.

He said the vehicle number plates were produced under strict supervision of its quality control officers.

According to him, materials for the number plates are being procured from a recognised manufacturer whose standards could not be compromised.

Kazeem explained that vehicle number plates have a minimum life span of five years if properly used; “that is why there is provision for replacement”.

“For example, the use of thinner, a chemical for cleaning tiles. The weather in some parts of the country also contributes to fading, considering where the vehicle is parked,” he said.

A car dealer, Mr Demola Adigun of Dea Motors Abuja, said that it was important for road enforcement agencies to find solution to the low-quality vehicle number plates in circulation.

He suggested that the vehicle plate numbers should be able to last for about 10 years.

Another motorist, Hajara Babale decried the inconsistency in the fines imposed on offending motorists by the VIO for faded vehicle number plates.

Babale said while she was fined N5,000 over faded plate number, her friend was charged N20,000 for similar offence.

She said it was improper to impound people’s vehicles or impose fines, adding that defaulting drivers should rather be made to make payments for automatic replacement. (NAN)

2023: There is no infighting in PDP, says Atiku Abubakar