My life is at risk because I'm gay - Nigeria deportee
Advertisement 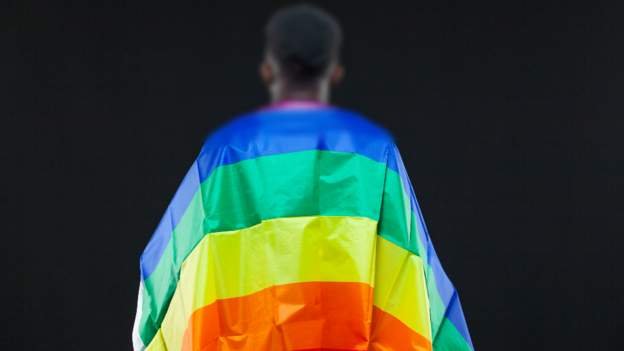 An individual who was recently deported from the UK to Nigeria told the BBC that he fears for his life due to his being gay.

Adeniyi Raji, one of the deportees who arrived in Lagos on Thursday morning, told the BBC’s Focus on Africa radio programme that “my life is at stake for being gay.”

He claims that the criminalization of same-sex relationships in Nigeria is the reason he fled the nation in 2017.

If a person is not a British citizen and has been found guilty of a crime, they may be deported from the UK.

However, Mr. Raji claims he was deported because British officials did not think he was gay, despite the fact that he claims to have never run into trouble with the law in the UK.

“The only offence I’ve committed is that I’m a gay man,” he said.

“They deported me because they said I don’t need humanitarian protection in their country because they don’t believe I am gay.”

The 46-year-old claimed he lost his employment in Nigeria due to his sexual orientation and made the decision to apply for asylum in the UK.

“I was a health officer at the time. He said, “They fired me after finding out I was a practising gay man.

After receiving numerous threats regarding his sexuality, he eventually quit using Facebook and reported them. He said.

According to Mr. Raji, a man who had been in a relationship with him for two years had provided the UK authorities a statement, but they had declined.

“More than 45 MPs fought for my case, but the Home Office wouldn’t listen – why is that, and is it because I’m a black man that they don’t want to listen?

“When the plane departed the runway, I wept because the UK had already let me down, and they had totally let the entire LGBTQ [community] down.”

But Mr. Raji said he would keep trying to get back to the UK because he doesn’t feel comfortable anywhere on the African continent as a gay guy.