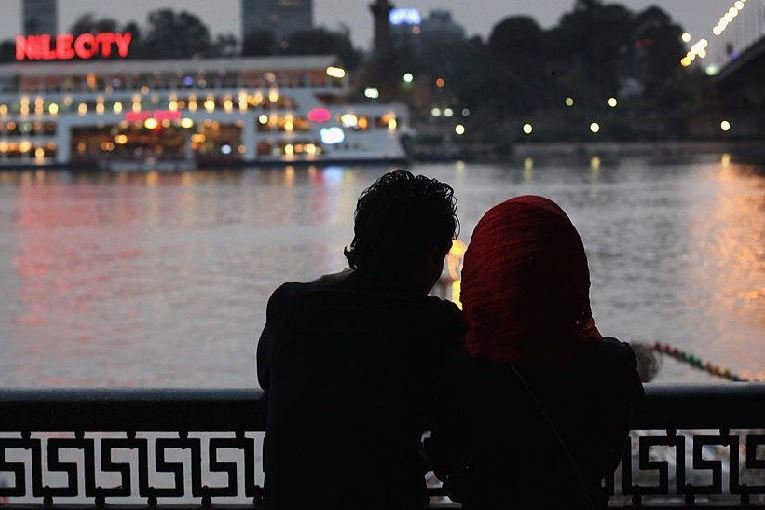 In his Arab apothecary shop in the historic neighbourhood of Bab al-Shaaria in the heart of Cairo, herbalist Rabea al-Habashi shows what he calls his “magical blends”.

Mr Habashi has made a name for himself selling aphrodisiacs and natural sexual enhancements in the Egyptian capital. For the past few years, though, he has seen a change in what his customers most want.

“Most men are now going for the blue pills which they get from the Western companies,” he says.

According to several studies, young Arab men have been increasingly using drugs such as sildenafil (known commercially as Viagra), vardenafil (Levitra, Staxyn), and tadalafil (Cialis).

Despite the evidence, perhaps unsurprisingly most young men the BBC spoke to on the streets of Egypt and Bahrain denied using medicine for erectile problems or even knowing of them. Some even refused to talk about the issue in the first place, as they deemed it “contrary to the morals of society”.

In fact, according to a 2012 study Egypt was the second highest consumer of anti-impotence drugs per capita in the Arab world. Saudi Arabia topped the list.

Al-Riyadh, the Saudi newspaper which published the report, estimated at the time that Saudis spent $1.5bn (£1.23bn; €1.43bn at today’s exchange rate) annually on sexual enhancement pills. Saudi Arabia’s consumption was about 10 times higher than that of Russia, whose population was then five times larger, it said.

More recently, the results of a study by the Arab Journal of Urology showed that 40% of young Saudi male participants had used a Viagra-like drug at some point in their lives.

Egypt still ranks highly. According to state statistics from 2021, sales of anti-impotence drugs there amount to about $127m a year, which is equivalent to 2.8% of the whole Egyptian pharmaceuticals market.

Inevitably, some want a piece of the action.

In 2014, an anti-impotence drug called Al-Fankoush appeared in Egyptian grocery stores in the form of a chocolate bar. Al-Fankoush was sold for one Egyptian pound, ($0.05; £0.04; €0.04 at today’s exchange rate). Shortly after it was brought to market, Al-Fankoush’s distribution was halted and its producer arrested by security forces after local media reported that it had been sold to children.

The use of anti-impotence drugs is known to be more prevalent among older than younger men. In Yemen, however, data from the ministry of health shows they are mostly used by men between the ages of 20 and 45.

Local reports suggest the use of Viagra and Cialis as recreational party drugs has become a phenomenon among young men since the start of the civil war between the rebel Houthi movement and the Saudi-backed government in 2015.

Mohamed Sfaxi, a Tunisian professor of urology and reproductive surgery, stressed in an interview with the BBC that such drugs were “not stimulants” and were there to treat conditions that were in most cases “afflicting the elderly”.

Meanwhile, an expert on sexuality in the Middle East suggests young Arab men are turning to anti-impotency pills because of the prevailing culture.

“The reason may refer to a bigger issue young Arab men are facing,” explains Shereen El Feki, an Egyptian-British journalist and author of Sex and the Citadel: Intimate Life in a Changing Arab World.

Responding to the results of a major 2017 UN-backed survey on gender equality in the Middle East, Ms El Feki explains: “Almost all male participants were fearful of the future and how they would provide for their families. Many men talked about the enormous pressure of being a man while women described “how men are not men anymore”.

“As what it means to be a man is under pressure and sexual potency is woven into the culture of masculinity, there is more stress on sexual performance,” she says.

Ms El Feki attributes the stress on performance in part to misconceptions and inflated expectations created by pornography “which changes young men’s notions of what constitutes ‘normal’ when it comes to virility”.

While the use of medications for sexual needs might be considered a modern phenomenon in Arab societies, the consumption of aphrodisiacs has been part of popular culture throughout Arab history.

Ibn Qayyim al-Jawziyya, an important 14th Century Islamic scholar and writer, included in his book series Provisions for the Hereafter a collection of herbal recipes aimed at enhancing sexual desire.

Shereen El Feki suggests that in Arabic tradition and the Islamic heritage “women are seen historically as much more potent and have more sexual drive than men”, while men feel the need to “improve their sexual performance to keep up”.

This idea is reflected during the period of the Ottoman Empire, when writer Ahmed bin Suleiman wrote Sheikh’s Return To Youth at the request of Sultan Selim I, who ruled from 1512 to 1520. The book was an encyclopaedia of medicines and herbal recipes to treat sexual diseases and stimulate male and female sexual desires.

Hundreds of years later many young Arab men are still turning to remedies, and the market for them is vibrant.