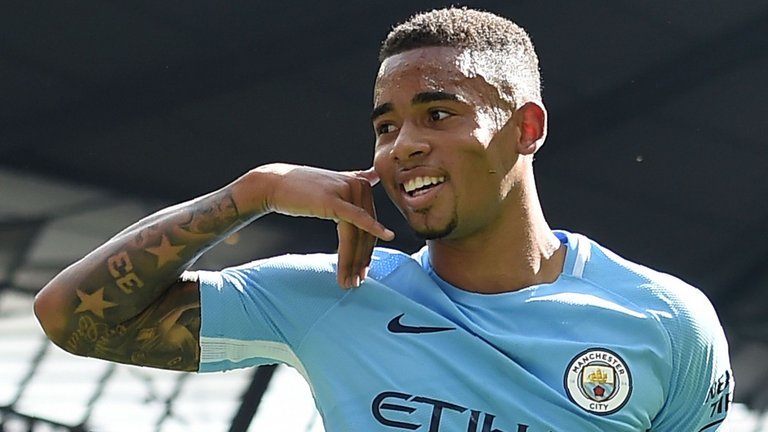 Jesus has been in talks with the Gunners but nothing concrete has been decided between both parties.

Manchester City and England forward Raheem Sterling, 27, has been asking people about life in west London amid interest from Chelsea. (Athletic)

Chelsea’s initial bid of £21.5m for Sterling has been turned down by City. (Fabrizio Romano)

Chelsea and Belgium striker Romelu Lukaku, 29, is poised to return to Inter Milan with a loan fee of £8.5m plus add-ons agreed between the clubs. (Mail)

Wolves and Portugal midfielder Ruben Neves, 25, is on United’s list of possible options if they fail to sign De Jong. (Fabrizio Romano, via givemesport)

The Magpies have also been told they must pay £50m to sign 22-year-old Bayer Leverkusen and France winger Moussa Diaby. (Sun)