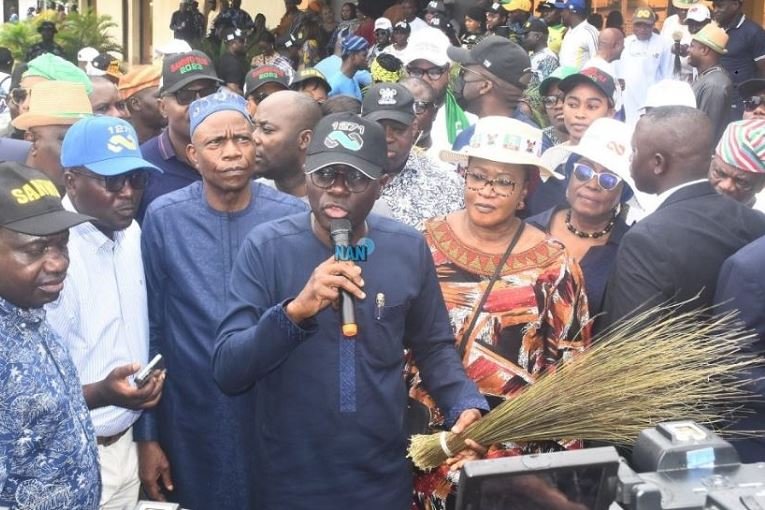 Governor Babajide Sanwo-Olu of Lagos says the emergence of Bola Tinubu as the All Progressives Congress (APC) presidential candidate is a win for Nigerians.

Sanwo-Olu said this on Saturday at the Presidential Wing of the Murtala Muhammed Airport, when he returned from Abuja after the APC Congress.

According to him, Tinubu’s victory at the primary signals the beginning of greater work, to ensure he wins the presidential election in 2023.

”His win also signifies the beginning of more work. As you can see that almost immediately after winning the primary, he has gone ahead to open his hand of collaboration and reconciliation to all other aspirants.

”He is going around to consult, to bring forward his brothers and sisters, telling them it is not something that one person can do. He will lead from the front, but he needs everyone on the journey,” he said.

Sanwo-Olu said that Tinubu would use his experience, clarity of knowledge, transformational leadership to make Nigeria work.

He described Tinubu as a completely detribalised Nigerian, with a high level of religious tolerance. He made friends and competitors across the country.

”We are all testament to his ability to have led Lagos through a difficult time, and how Lagos has continued to remain the melting point of our country.

”He will be going with those wealth of experience to the office of president, and I believe that at the end of the day, all of us will be the beneficiaries,” the governor said.

He said that all had a part to play to ensure that the country’s young democracy grew.