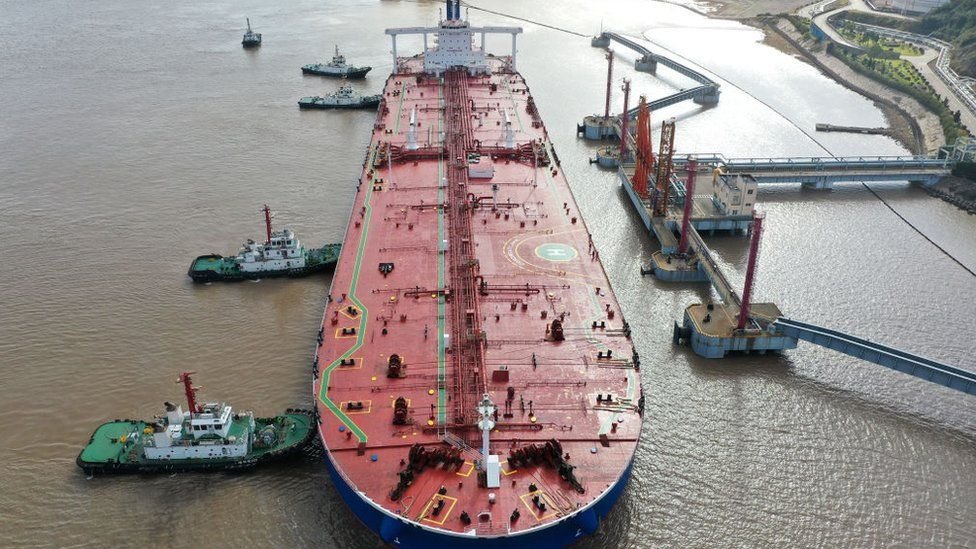 Russian oil imports increased by 55 percent year over year to a new high in May, surpassing Saudi Arabia as China’s largest supplier.

Despite demand being reduced by Covid limits and a slowing economy, China has increased its purchases of Russian oil.

China and Russia declared their friendship had “no limits” in February.

And Chinese corporations, like state-owned Sinopec and Zhenhua Oil, have increased their purchases of Russian oil in recent months after receiving steep discounts as European and American importers eschewed Russian energy as a result of sanctions related to the country’s war in Ukraine.

According to figures from the Chinese General Administration of Customs, imports into China totalled roughly 8.42 million tonnes last month, including supplies pumped through the East Siberia Pacific Ocean pipeline and cargoes by sea.

The United States and the United Kingdom said in March that they would boycott Russian oil, while the European Union has been striving to reduce its reliance on Russian gas as the West intensifies its economic response to Ukraine’s invasion.

US President Joe Biden remarked at the time that the measure was aimed at “the main artery of Russia’s economy.”

Energy exports are a major source of income for Russia, but the decision is expected to have an impact on Western customers.

Despite a drop in shipments in May, Russia earned about $100 billion (£82 billion) in revenue from fossil fuel exports in the first 100 days of its invasion of Ukraine, according to a research released last week by the Centre for Research on Energy and Clean Air think tank.

Overall, Russian oil and gas exports are declining, and Moscow’s earnings from energy sales has fallen from a high of well over $1 billion per day in March.

However, during the first 100 days of the Ukraine war, earnings outpaced the cost of the conflict, with the CREA estimating that Russia is spending roughly $876 million per day on the invasion.

Despite US sanctions against Iran, China has continued to acquire Iranian oil.