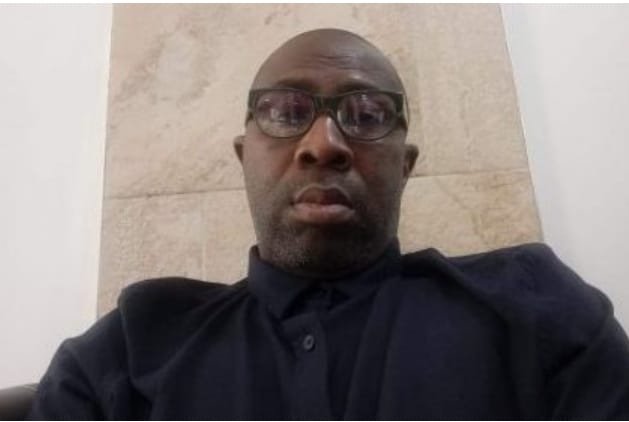 Back when he was lucid, the late Majek Fashek sang-to no public disapproval-“Religion na politics”. I do not remember the theme or lyrics of the song well enough to be certain if it also contains a claim that both are eminently capable of scrambling the heads and minds of people involved in either or both. No matter.

I am of the view that they do. Big time. First example: Bashorun Dele Momodu, an out-and-out celebrity and doyen of celebrity journalism, spent the last few months thumping his not inconsiderable chest at more grizzled rivals for the Peoples Democratic Party (PDP) presidential ticket.

While admitting that he lacks the spending power of Atiku Abubakar, Bukola Saraki and other obscenely monied aspirants, he claimed to have a strategy to nick the ticket. Evidence provided by results of the primaries, where he got a whopping zero vote, declined to support his claim and showed he was propelled by motivational hokum. Only.

“Everyone has a plan,” Mike Tyson famously said, “until they get punched in the mouth.” Momodu, with sadistic force, got punched in the mouth. Better organization, familiarity with the terrain and, of course, of money-in industrial quantities- available to Atiku and Nyesom Wike, to which he said his strategy was an antidote, must have relieved him of the notion of having a strategy.

He got his wires crossed, conflating celebritydom with popular political appeal- a clear sign that he is anything but self-aware. In a video cut from a television interview granted a few days ago, he said he knew what was going to happen at the primaries because he was aware of Nigerians’ predilection for following the “big man” with money. The big man, he said, is hyped without restraint.

Two things. If he knew that Nigerians, including delegates, were incurably fascinated with big names and money, what was his optimism based on? Equally importantly, we need to ask if there is a bigger hype machine for the big man than Ovation, published by no other person.

Ovation, the big man’s bulletin, is peerless as a channel for fawning and Hallelujah articles about the class of people Momodu now bitches about. Atiku Abubakar, Bukola Saraki and Chris Uba have been celebrated in his magazine as though they made scientific discoveries. Mohammed Abacha, whose father was a Mobutu-scale thief and who was alleged to have tortured pro-democracy activists in the military era, was celebrated in Ovation.

So, what was Bashorun thinking when flapping his gums? Ayo Fayose, the absurdist former governor of Ekiti State, did not claim to have a strategy. He was only certain of Nigerians’ affection for him. Proof of that, he said, were the high-decibel cheers he got when he went to eat amala and ponmo days before the primaries at which he did as well as Momodu. His buffoonery went up a few notches before the voting got underway when he boasted that he will defeat President Buhari, who will not be on the ballot, because he is an expert at defeating incumbents. Only he-and probably Dino Melaye-is capable of such. Thankfully, he has not whined about the use of money. Not yet, at least.

Example 2: Pastor Tunde Bakare, a non-horse let alone a dark one. Were there a figure lower than zero, that would be the number of votes the preacher would score at the All Progressives Congress (APC) presidential primaries kicking off on Monday June 6 in Abuja. Apparently still drunk on being once chosen as Buhari’s running mate, the preacher is convinced he is about making the jump. News reports quoting him as saying he will defeat Atiku of the PDP show him as worse than deluded. This is a chap that nobody within his party in his home state (Ogun) talks about. That he cannot score less than zero means he cannot have an outcome worse than what Fayose or Momodu had. There is every chance that at the end, he will come wailing about the use of money.

Injurious to the democratic process as vote buying (in intra-party or inter-party election) is, it is not new as it is being spun in the ongoing political season. Bizarrely, even actors who had been beneficiaries of the zero-fidelity process or shown no irritation to it are shrieking like scalded cats. They have been around the turf long enough to know the score. I think they do know the score, but find it convenient to attribute intra-party electoral losses to the use of money.

The loudness of the screams about the use of money this time and making it appear like a novelty, I think, is largely attributable to the withdrawal of Mr. Peter Obi, a high-profile aspirant, from the PDP race. Shehu Sani, a PDP governorship aspirant in Kaduna State, is also bleating that he got two votes allegedly because he refused to give money to delegates.

Those claims of aversion to money politics deserve to come under the headlights of scrutiny. Do those making them have enough and are unwilling to spend as much as others or they just do not want to be found anywhere around the practice? I cannot claim to know for sure. What I am fairly certain of is that they know and have always known the score. Obi, for example, spent two terms as governor, after which he left for one of the major parties-the PDP-through which he became Chairman, Nigerian Security and Exchange Commission.

The PDP before and after he joined is no pristine organization. It is, like other political platforms, an ethics-free trade zone, brimming with men with money and the readiness to use it. There is a reason “PDP, share the money” came into our political lexicon. Until recently, it is safe to say, Obi was not uncomfortable with the men in the PDP. Had he been, he would not have accepted the offer to be running-mate to Atiku, whose seemingly bottomless pocket blew rivals for the 2019 PDP presidential ticket out of the water. Using the same instrument and Tambuwwal’s support, Atiku has, again, picked the ticket.

He got a high-five from Obi as well as an acknowledgement of him as his leader. I cannot, will not, except at gunpoint, congratulate or accept the leadership of the man most responsible ensuring that the process had no fidelity. To do so, I am afraid, does not suggest an aversion to vote buying. I said at gunpoint because we can say things we do not mean when life is under threat. A close friend’s encounter with armed robbers in the late 90s left him fidgeting so much that where he was lying down, he hit his leg on that of one of the robbers. The robber asked: “You wan fall me down?” My friend replied: “You won’t fall in Jesus’ name.” Obi was under no threat.

Shehu Sani can, while joyfully combing his afro, continue to make that claim, but he felt no discomfort hanging around those splashing the cash in the APC when he won the 2015 senatorial ticket and the platform still found a use for him. Atiku has the ill-luck of being perceived as a serial system corrupter. But I do believe that he is no worse than any other actor. Certainly not Bola Tinubu. In 2014, while in the APC, Atiku was mocked for losing the presidential ticket despite spending loads of money. His mockers gave the impression he was the only one who spent money and nobody spent on behalf of Buhari. I do not want to believe that.

What I have found curious is that the public seems to believe the extravagant claims of aversion to vote buying and the attempt to present it as something premiered in the current season. It is a protracted illness from which our politics has suffered and is sufficiently dangerous to us as a society because of its spread to every level of our politics.

Bamidele Johnson is an internationally renowned journalist and writer

Kaduna bans use of analogue billboards

Watch moment an earthquake hits a classroom in China