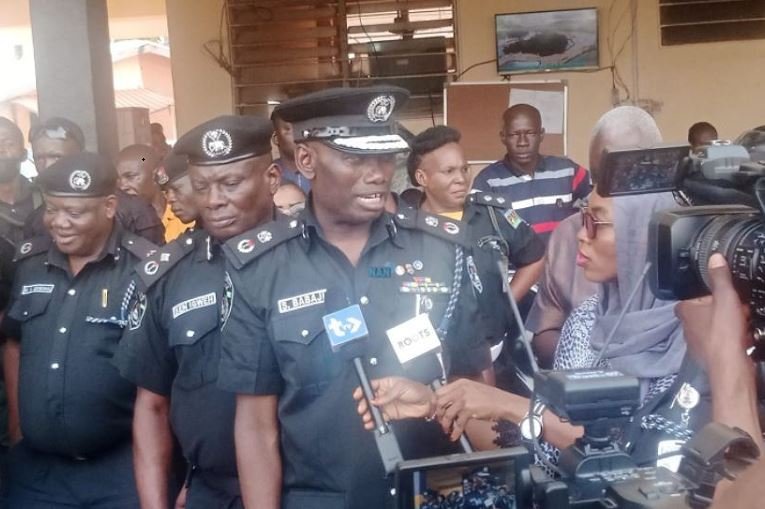 The Federal Capital Territory Police Command has arrested one Nweke Chadikaobi over alleged maltreatment of a 10-year old girl, Oluebibe Emmanuel in Abuja.

The Public Relations Officer of the FCT Command, DSP Josephine Adeh, disclosed this in a statement on Wednesday in Abuja.

She said the 10-year old victim was a relative of Chadikaobi and was living with him at Range View Estate in Dawaki area of Abuja.

Adeh said the arrest of the suspect followed a video making the rounds on the cruel and maltreatment meted against the minor.

According to her, frowning at the inhumane treatment, the Police Commissioner (CP) in charge of FCT, Mr Babaji Sunday ordered an immediate investigation and arrest of the perpetrator.

She said the CP had also ordered the recovery of the minor for medical attention and other forms of intervention to protect her human right and dignity.

Adeh said the suspect was arrested on Monday following painstaking efforts by operatives from the command.

She said the suspect confessed that he committed the crime during police interrogation but blamed his action on continuous bed wetting by the minor.

The spokesperson said the victim had been handed over to the National Agency for the Prohibition of Trafficking in Person (NAPTIP) for care and rehabilitation.

Adeh enjoined FCT residents to speak out on negative occurrences in their neighborhoods by reporting to the police.

FG evacuates 166 victims of trafficking, others from Libya