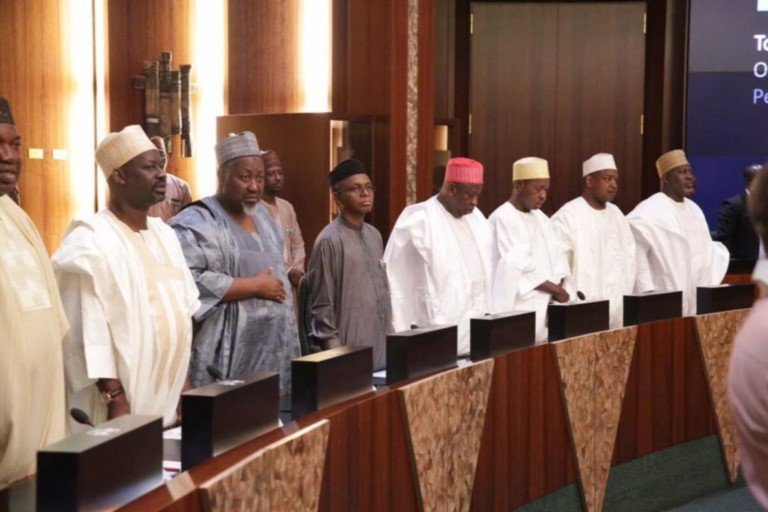 The northern governors on the platform of the All Progressives Congress (APC) have insisted that they would back a southerner to emerge as the presidential candidate of the ruling party in the 2023 general elections.

Chairman of the Northern Governors Forum, Governor Simon Lalong of Plateau State stated this on Monday while briefing State House correspondents in Abuja.

The governors, 13 of them, made their position known following their meeting with President Muhammadu Buhari at the Presidential Villa in the Federal Capital Territory (FCT).

Lalong, in his briefing, clarified that a leaked memo that went viral last Saturday that they had zoned the presidency to the south was true and that they came to officially consult with the President.

According to the governor, President Buhari has not anointed any of the 23 aspirants expected to participate in the party’s primary as the flagbearer of the APC.

Rather, he explained that the President asked them to have a meeting with the National Working Committee (NWC) of the party to resolve the issue of a consensus candidate through democratic means.