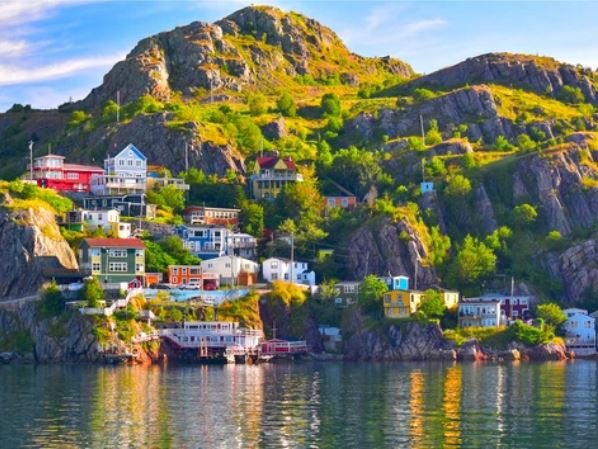 There are more people in Newfoundland and Labrador who are highly satisfied with their lives than anywhere else in Canada, while British Columbians are the least likely to be so bullish, according to new data from Statistics Canada.

But don’t you pack your bags for the East Coast just yet. “It isn’t the geographic coordinates that matter, it’s what’s there,” said University of British Columbia happiness researcher Dr. John Helliwell.

Helliwell says the number one predictor of happiness is social connection, and the feeling that other people “have your back.” He describes it as “that sense in which when you are out in public, these are all people that would help you when you fell down and tripped.”

The recent Statistics Canada data identifies six factors that contribute to individual quality of life, half of which are directly about social connection: life satisfaction, sense of meaning and purpose, future outlook, loneliness, having someone to count on, and belonging to the local community.

Ontario took the title of the loneliest province, with 15 per cent of people saying they always or often felt lonely, while 59 per cent in Newfoundland said they rarely or never felt lonely. Price Edward Island and Saskatchewan had the highest percentage of people who said they felt a strong sense of belonging with the local community, both at 54 per cent.

This is supported by happiness research. One study found, even among the happiest people living in urban centres, there were lower rates of connection and a sense belonging than those in the least-happy rural communities.

The sense of connection that can be found in smaller communities, says Helliwell, comes naturally. This is partly because of repetition — seeing and starting to trust the same people regularly. He says the trust and familiarity in rural communities means people are “working together to help build better lives,” and he says, “that happens automatically in smaller communities. It takes more working on in the urban environments.”

Helliwell says the answer to achieving the happiness and satisfaction levels of rural or less populated places like Newfoundland is not fleeing to rural communities. “We have to make cities more like rural areas. That means investing much more time and goodwill in what goes on in our neighbourhoods.”

Newfoundland and Labrador form the most easterly province of Canada. On Newfoundland island, the Norse archaeological site L’Anse aux Meadows is the reputed settlement of Viking explorer Leif Erikson. Gros Morne National Park, on the Gulf of St Lawrence, has cliffs, waterfalls and glacial fjords.

Babachir Lawal: The anger of a disgraced government official