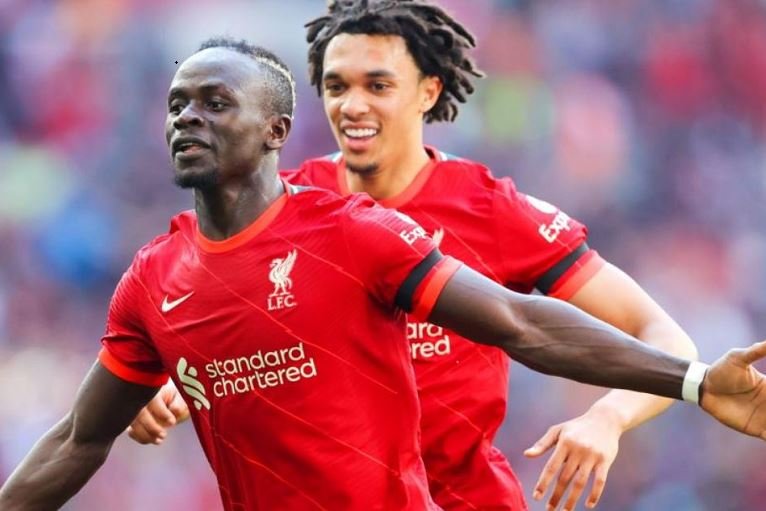 Leeds United will not accept a bid of under £60m for Brazil winger Raphinha, 25, who has been strongly linked with a move to Barcelona. (The Athletic – subscription required)

Liverpool’s Senegal forward Sadio Mane, 30, says he will do what the people want in response to an online poll in Senegal which found 60-70% of people want him to leave the Reds. (Sky Sports)

Tottenham forward and England captain Harry Kane, 28, could now sign a new deal to stay at the club. (GiveMeSport)

Chelsea’s Belgium forward Romelu Lukaku, 29, is willing to take a wage cut to return to Inter Milan, who he left 10 months ago to join the Blues for a club record £97.5m. (Telegraph – subscription required)

Tottenham’s Netherlands winger Steven Bergwijn, 24, is wanted by Ajax who are ready to offer the former PSV Eindhoven player a contract until 2027. (De Telegraaf – in Dutch, subscription required)

Spurs will demand £21.4m for Bergwijn, while Manchester United could also be interested as new manager Erik ten Hag was at Ajax when their interest in Bergwijn began. (ESPN)

AC Milan are getting ready to announce the signing of Belgium forward Divock Origi, 27, who has said his farewells at Liverpool. (Fabrizio Romano, Twitter)

Bayern Munich’s France midfielder Corentin Tolisso, 27, could move to the Premier League when his contract expires at the end of June. (ESPN)

Experienced Juventus and Italy defender Giorgio Chiellini, 37, is set to move to the United States to sign with Los Angeles FC.(Sky Sports Italia)

Italian side Salernitana are interested in signing Uruguay forward Edinson Cavani, 35, who is looking for a new club after being released by Manchester United. (Mail)

Bournemouth must pay Liverpool £15m if they want to turn Nathaniel Phillips’ loan move into a permanent deal. The 25-year-old English defender played 17 games for the Cherries last season, helping them win promotion to the Premier League. (Liverpool Echo)

Relegated Burnley’s Netherlands striker Wout Weghorst, 29, is wanted by Turkish side Besiktas, with the two clubs in advanced talks about a transfer. (Maurice Fereira, Twitter)