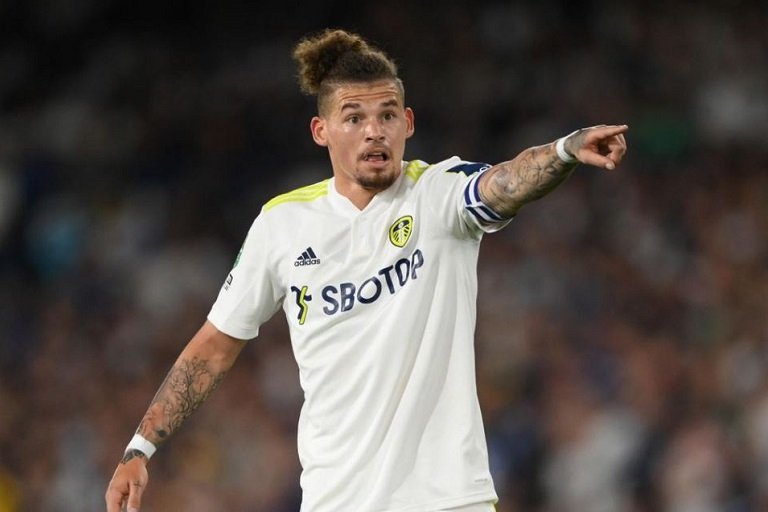 The Premier League champions made Phillips their number one summer transfer target, with Fernandinho leaving this summer after nine years with the club.

Kalvin Phillips was in the Leeds academy and has made 214 appearances for the side since his senior debut in 2015.

The midfielder is expected to provide back up for Rodri at City in the single defensive midfield position favoured by manager Pep Guardiola.

A key player for Leeds under former boss Marcelo Bielsa, Phillips has also shown his ability to operate higher up the pitch alongside Declan Rice for England.

England’s player of the year in 2020-21, Kalvin Phillips will need to fend off competition from Jude Bellingham, Jordan Henderson, Conor Gallagher and James Ward-Prowse to earn his place in Gareth Southgate’s World Cup squad.

In a separate deal, midfielder Darko Gyabi will leave City’s academy and join Leeds for £5m.

Phillips is featured in a mural depicting Leeds legends, along with Albert Johanneson (left) and Lucas Radebe (right), in The Calls area of Leeds