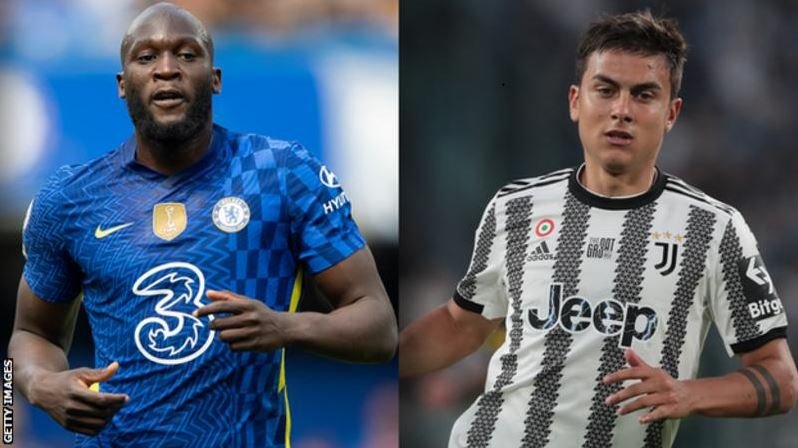 BBC Sport has reported Lukaku, would take a pay cut to rejoin Inter on loan, after his £97.5m move last summer.

“Lukaku and Dybala are our targets,” Marotta told Radio Rai.

He added the club have deals in place to sign Roma midfielder Henrikh Mkhitaryan and Cameroon goalkeeper Andre Onana from Ajax.

Of the bids for Lukaku and Dybala, Marotta added: “We need to consider financial issues. We are in talks with these two players and we’ll be happy if we sign them. If not, we’ll consider different targets.”

Inter president Steven Zhang has stepped in to try to sort out Lukaku’s return to the club, according to BBC Sport’s Simon Stone.

The Serie A side do not have the finances to engineer a permanent deal and have been struggling to meet the loan fee Chelsea want for the 29-year-old.

Zhang has been meeting with coach Simone Inzaghi to put together a deal Chelsea would find acceptable.

Belgium international Lukaku scored 15 goals in all competitions for the Blues last season, with eight in 26 Premier League appearances.

He apologised for an interview during the season where he said he was not happy with his role under manager Thomas Tuchel and wanted to return to Inter in the near future.

Lukaku, who left Chelsea to join Everton for £28m in 2014, returned to the Stamford Bridge side for a club-record fee in August 2021, agreeing to a five-year deal.

Argentina international Dybala, 28, is set to be a free agent when his contract expires at the end of the month.

Onana, 26, has won three Dutch titles with Ajax but received a Uefa ban for a doping rules violation last year. He is also a free agent.

“Mkhitaryan will be official in the next few days, the same goes for Onana,” added Marotta.

“We are evaluating a bit of everything, also players from the youth team who became Italy champions. We know that we must wait for young players and build a strong team.”