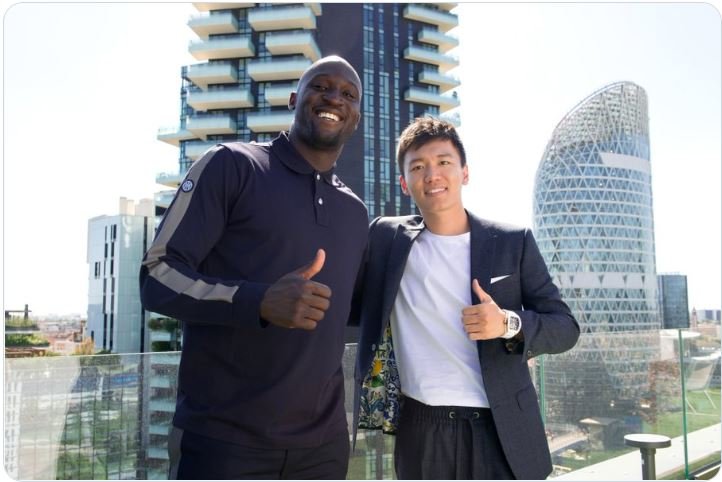 Romelu Lukaku has returned to Inter Milan on a season-long loan, just a year after leaving for Chelsea.

Chelsea paid Inter a club-record £97.5m for Lukaku, 29, last summer but, before Christmas, he said he was “not happy” and hoped to rejoin the Italian side.

The Belgium striker was not a regular starter for Chelsea last season but scored 15 goals in all competitions.

It is understood Lukaku was willing to take a pay cut to seal a move back to Inter, but the club’s financial situation meant it was impossible for them to match his wages or buy the forward outright.

However, president Steven Zhang got involved personally in the negotiations last week, which was viewed as significant.

“I’m back baby,” Lukaku said in a video on Inter’s Twitter page.

“I am very happy.” Zhang added: “The big boss is back. It is like deja vu, coming back here again.”

Lukaku, who left Chelsea to join Everton for £28m in 2014, returned to Stamford Bridge last summer on a five-year deal.

But after spells out with injury and illness, he was left out of the starting line-up and, in an interview with Sky Sport Italia, said he was not happy with his role under manager Thomas Tuchel.

After apologising for those comments, Lukaku returned to the Chelsea squad and scored only three times in his final 15 Premier League games of last term as the Blues’ season fizzled out.

Tuchel’s side finished third in the Premier League, while they were beaten by Liverpool on penalties in both the FA Cup and League Cup finals.

The Argentina international, 28, is set to be a free agent when his contract expires at the end of the month.