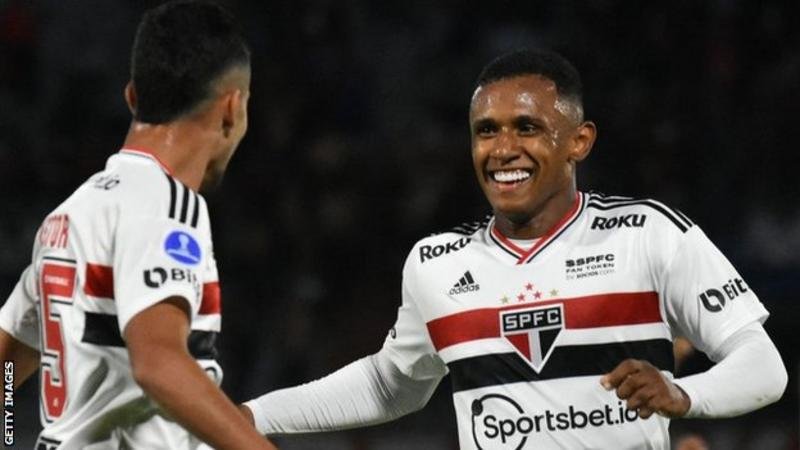 Arsenal have confirmed the signing of 19-year-old Brazilian forward Marquinhos from Sao Paulo.

The Gunners say the Brazil Under-17 international has joined the Premier League club on a long-term contract.

The Sao Paulo youth product made his first-team debut as an 18-year-old last July before helping them win the regional Campeonato Paulista in 2021.

“He is still very young, so he is a player for the future,” said Arsenal’s technical director Edu.

He scored four goals in 41 appearances for Sao Paulo and has also represented Brazil at Under-16 level.

“Marquinhos was a player we had been watching for a while,” Edu added.

“We look forward to him now joining us for pre-season, making his new home, and continuing to grow and develop with us.”