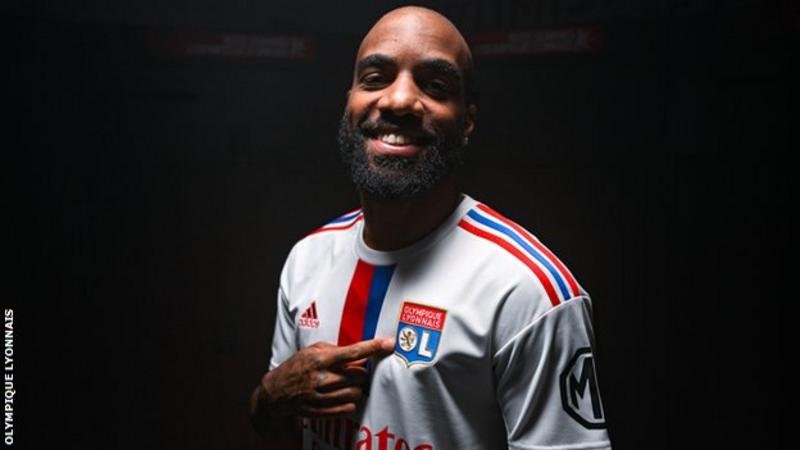 Arsenal forward Alexandre Lacazette has re-signed for Lyon on a free transfer – five years after leaving to join the Gunners for a then club record £46.5m.

Lacazette returns to the French club on a three-year deal until June 2025.

The France forward scored 54 times in 158 Premier League appearances for Arsenal and helped the Gunners win the 2020 FA Cup final.

Speaking to Canal Plus in April, Lacazette said he had “never cut contact” with hometown club Lyon.

Lyon said they were “very proud and very happy” to announce Lacazette’s return to the club he joined at the age of 12, adding a deal “has been the club’s priority for several months”.

Lacazette, 31, rose through the youth teams at Lyon and scored 129 goals in 275 matches in all competitions for them after breaking into the first team in the 2009-10 campaign.

With Lacazette’s contract expiring at the end of June, Gunners boss Mikel Arteta admitted in April that Arsenal took a risk in delaying talks with the player about a new deal.

“It is the agreement that we made with him. That was our position and our position remains the same – that is what we are going to do,” Arteta added at the time.

“The risk of that happening, it was always there since the moment we made that decision, then it is up to him.”

Lacazette captained Arsenal after Pierre-Emerick Aubameyang, who has since joined Barcelona, was stripped of the armband by Arteta in December for a disciplinary breach.

Arsenal have not competed in the Champions League since 2016-17 and will play in the Europa League group stage in 2022-23 after finishing fifth in the Premier League.