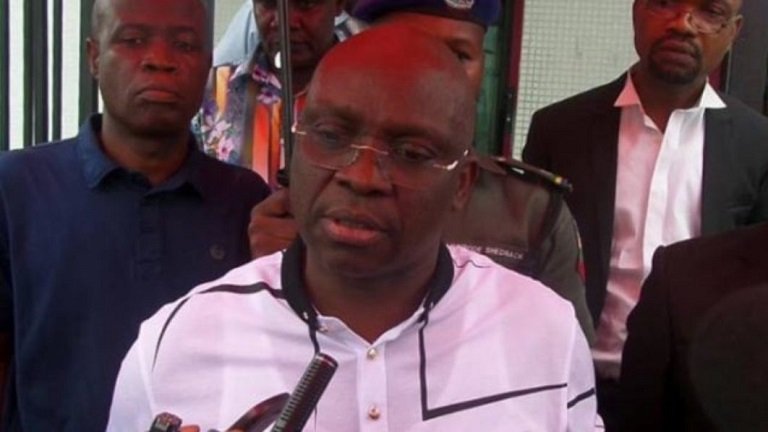 Former Ekiti governor, Ayodele Fayose, has vowed to support a southern candidate in the 2023 presidential election, noting that, power should rotate.

The Peoples Democratic Party (PDP) chieftain in a series of tweets pointed that his party’s constitution makes provision for power change.

Chronicle NG reports that the PDP shunned pressure for it to produce a southern candidate, instead former Vice President of Nigeria, Atiku Abubakar was elected as the party’s candidate.

Abubakar, a Muslim Fulani from the north will succeed another Muslim Fulani, in President Muhammadu Buhari if he wins in 2023.

Reacting to the issue, Fayose wrote on Twitter, “The current President of Nigeria is a two-term northern president, thus implying that it must be a southern presidency in 2023 or nothing. Awa ‘South’ lo kan’. Nigerians should await details soon,” he said.

He added that, “the PDP constitution provides for a rotational Presidency. Section 3(c) provides that the party shall pursue its aims and objectives by “adhering to the policy of the rotation and zoning of Party & Public elective offices in pursuance of the principle of equity, justice and fairness,” he said.

Two leading southern candidates in the 2023 presidential election – Bola Tinubu of the All Progressives Congress and Peter Obi of the Labour Party.

The current President of Nigeria is a 2-term Northern Presidency, thus implying that it MUST be a Southern Presidency in 2023 or NOTHING. Awa ‘South’ lo kan’. Nigerians should await details soon.