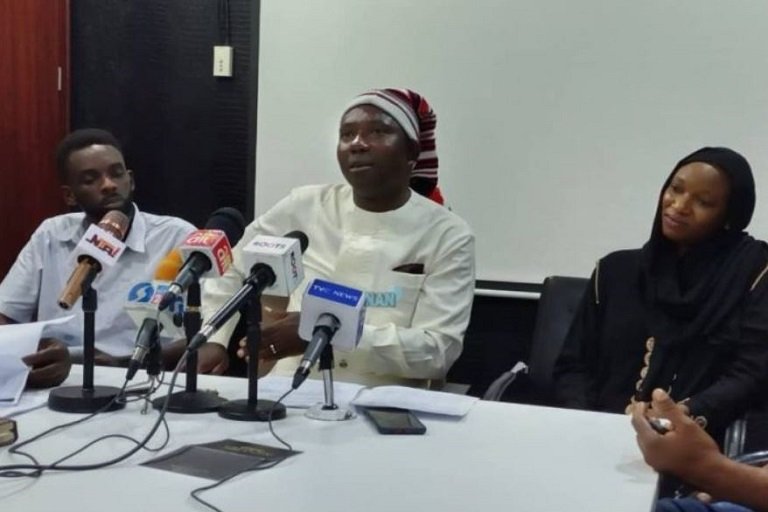 The Bola Ahmed Tinubu Presidential Campaign Organisation on Saturday, described the allegations by Centre for Reform and Public Advocacy against the Presidential Candidate of All Progressives Congress (APC), Bola Tinubu, as untrue.

Mr Bayo Onanuga, Director, Media and Communications of the organisation, stated this while responding to the allegations levelled against the APC candidate for the 2023 presidential election on his academic qualifications.

Onanuga, who spoke in a telephone interview with the News Agency of Nigeria (NAN) in Abuja, said the group was only bringing up issues where there was none.

He said the APC presidential candidate was more than qualified to be Nigeria’s president.

NAN reports that the civil right group, in Abuja on Saturday, said it had given the Inspector-General (I-G) of Police a 48- hour ultimatum to arrest and initiate criminal prosecution against Tinubu for allegedly supplying false academic qualifications to secure nomination.

The Legal Adviser of the group, Kalu Agu, threatened that should the I-G fail to act, a court action would be instituted against him (the I-G) for an order of mandamus to compel him to effect the arrest of Tinubu at the end of the ultimatum.

Agu alleged that the former Lagos State governor was not legally qualified to become the next president of Nigeria on account of supplying false information on oath, in his Form EC9 submitted to the Independent National Electoral Commission (INEC).

He alleged that in 1999, Tinubu claimed to have attended Saint Paul Aroloya Children Home School, Ibadan between 1958 and 1964 and Government College Ibadan, between 1965 and 1969, only to turn around in 2022 that he never attended any primary or secondary school in his EC9 form.

The lawyer claimed that the petition, calling for arrest and prosecution of Tinubu, was submitted to the I-G since June 16.

He, however, lamented that up till now, the police authority had not deemed it fit to effect the arrest of the politician.

Agu explained that the position of his group was not politically motivated but predicated on the need for good governance and transparent leadership Nigeria deserved in the 2023 general elections.

But reacting, Onanuga said in 1999, the former governor did not submit any fake certificate to the electoral umpire.

According to him, the one (certificate) people keep referring to that he submitted was not even filled by him.

He recalled that the Lagos State House of Assembly exonerated Tinubu in its report.

“Asiwaju was exonerated in the House of Assembly’s report because Senator Afikuyomi said he filled the form on his behalf then.

“The same certificate he gave to INEC this year, he used in 2003 and there was no issue then. Why are they raising issues now?

“And what people don’t know is that when he was on exile, his house at Balarabe Musa Crescent in Victoria Island, was burnt by the military and he couldn’t pick out a pin from the razed building.

“This was what happened that time and if in 2022, he (Tinubu) now drew blank on that session, what offence has he committed?

“Those who are making noise are PDP agents who are just trying to raise issues where there is none,” he said.

“People making noise are PDP agents. They cannot just be coming out to raise issues where there are non-issues.

“He (Tinubu) is more than qualified to be president of Nigeria,” he said. (NAN)