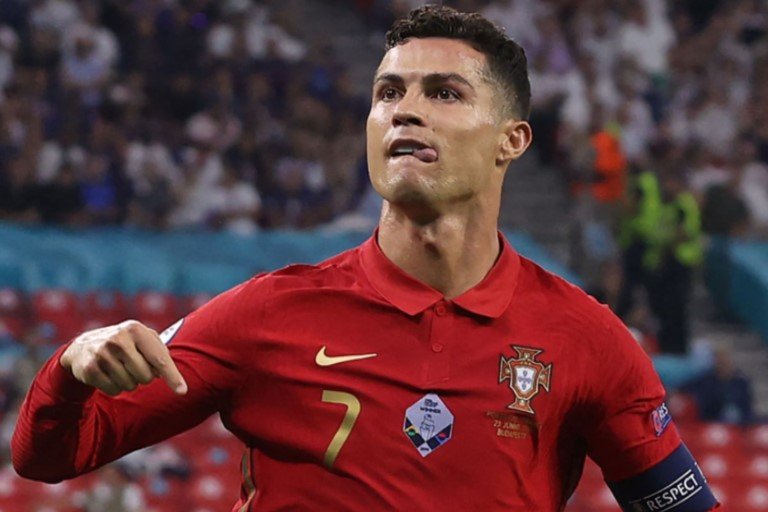 Bayern Munich could make a move for Ronaldo if Lewandowski leaves them this summer. (AS – in Spanish)

Barcelona have finally made a bid for Bayern Munich and Poland striker Robert Lewandowski, 33, which is worth up to £34m (40 million euros). (Telegraph – subscription required)

Manchester United have increased their bid for 25-year-old Barcelona midfielder Frenkie de Jong from a fixed 60m euros (£51.5m) to 65m euros (£55.8m), but the Spanish club want a minimum of 75m euros (£64.4m) for the Dutch international. (Marca)

The former agent of Neymar says the 30-year-old Brazil forward has a dream to be a Champions League winner with Paris St-Germain and “will not stop until he achieves it.” (Goal – in Spanish)

Manchester United and France midfielder Paul Pogba, 29, has an agreement in principle to join Juventus on a free transfer. (Sky Italia – in Italian)

Chelsea will compete with Manchester United for Ajax and Brazil winger Antony after holding talks with the 22-year-old’s representatives. (Football365)

Manchester United, Chelsea and Tottenham are exploring the prospect of signing Atletico Madrid and Belgium winger Yannick Carrasco, 28, this summer after details of his 60 million euro (£51.5m) release clause emerged. (AS – in Spanish)

France midfielder Adrien Rabiot wants to leave Juventus and join a Premier League club. The 27-year-old, who has one year left on his contract, would be available for between 15-20 million euros (£13-17m). (Telegraph – subscription required)

Brighton are interested in Manchester City forward Liam Delap and could explore signing the 19-year-old on loan as part of talks with the Premier League champions regarding the sale of Spain defender Marc Cucurella, 23. (Mail)

Manchester City are looking at a move for 29-year-old German goalkeeper Stefan Ortega, who is available on a free transfer after his contract expired at Arminia Bielefeld. (Goal)

Leicester City could make a move for Rennes’ French midfielder Benjamin Bourigeaud, with the 28-year-old likely to cost the Foxes a fee in the region of £8m. (Jeunes Footeux – in French)

Marseille want to sign Portuguese defender Nuno Tavares, 22, on loan and Arsenal will consider the move if they can recruit in that position. (The Athletic)