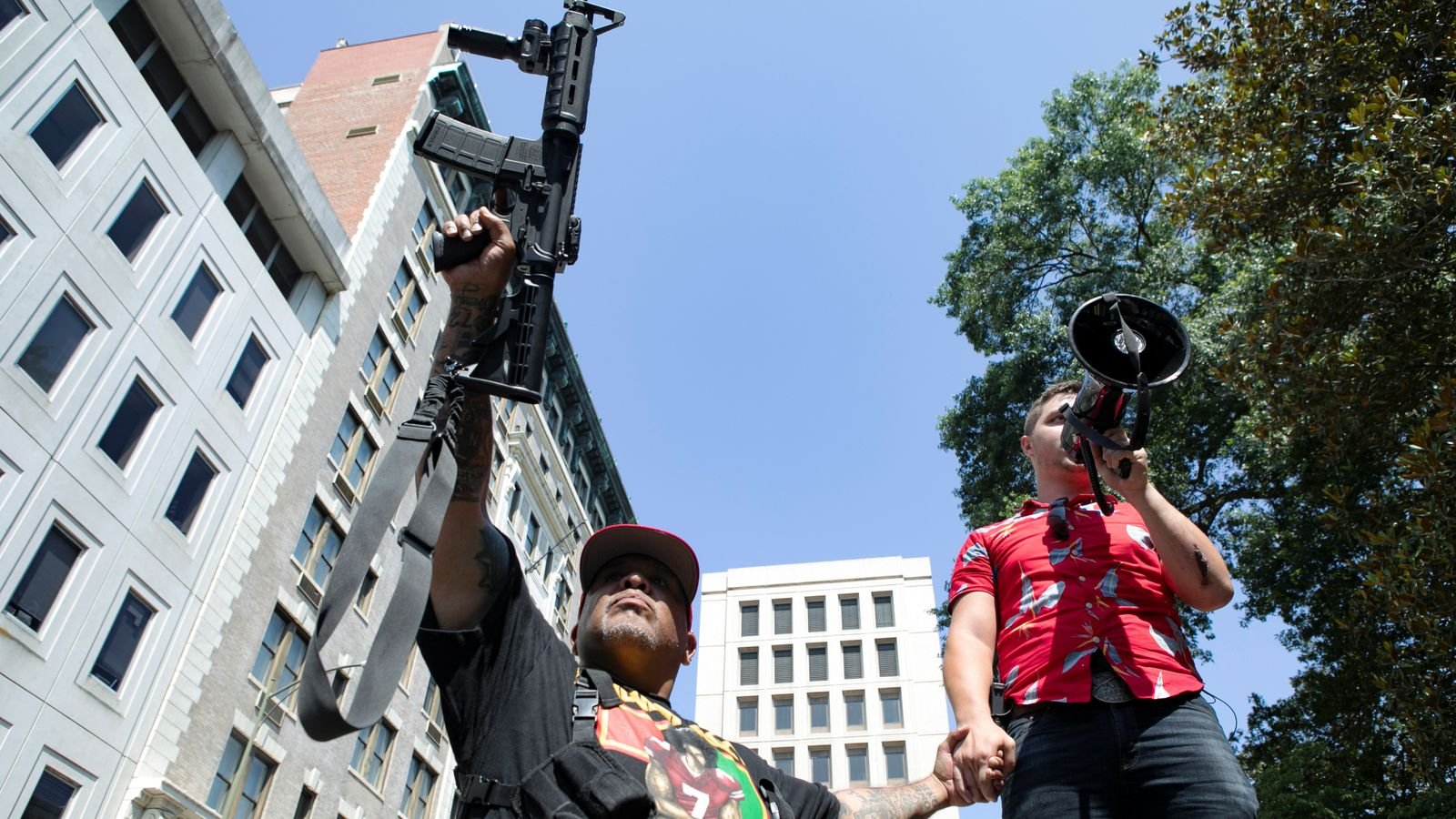 The US Supreme Court has ruled that the Constitution gives people the right to carry a gun outside their home, in a significant new ruling for gun rights.

The decision is expected to allow more people to legally carry firearms in some of America’s biggest cities – such as LA, New York and Boston – and is the court’s first major decision on gun rights in more than a decade.

As a result of killings in Texas school shooting, where 19 students and two teachers were killed, and in Buffalo, where 10 people were killed at a supermarket, Congress is attempting to alter the country’s gun laws and regulations.

Since then, thousands have protested for tighter gun laws around the US.

However, a New York state statute that had been in effect since 1913 and required applicants to demonstrate a specific need in order to obtain a permit to carry a concealed weapon in public was overturned by the Supreme Court judges.

They said it violated the Constitution’s Second Amendment right to “keep and bear arms”.

New York Governor Kathy Hochul called the decision “absolutely shocking” and said she was “sorry this dark day has come.”

Joe Biden, whose administration had urged the court to keep the status quo, said he was “deeply disappointed”.

It should gravely disturb us all, he continued, as it goes against “both common sense and the constitution.”

“I call on Americans across the country to make their voices heard on gun safety. Lives are on the line,” the president added.

The National Rifle Association, a prominent pro-gun organisation, however, hailed the judgement as a “monumental win for NRA members and for gun owners around the country.”

In most of the US, it is legal for people to carry a gun in public, but in some states it is more challenging.

When requesting an unrestricted concealed-carry licence in New York, “due cause” must be demonstrated. This involves demonstrating a genuine necessity for self-defense as opposed to a hypothetical one.

California, Massachusetts, New Jersey, Hawaii, Maryland, and Rhode Island have similar laws that are now likely to be challenged.

The New York law’s backers had contended that any changes would result in an increase in the number of guns on the streets and violent crime.

However, the court found that “a person’s right to carry a pistol for self-defense outside the home” is protected by the Constitution.

The rule in New York “prevents law-abiding persons with ordinary self-defence requirements from exercising their right to keep and carry guns,” according to Justice Clarence Thomas, who wrote the ruling.

He added: “We know of no other constitutional right that an individual may exercise only after demonstrating to government officers some special need.”

With the conservative justices supporting the change and the liberal members objecting, the decision was split 6-3.

In two recent decisions on gun rights, the Supreme Court stated that the Second Amendment guaranteed the right to keep a gun within the home in 2008 and 2010.

Current efforts to tighten legislation in response to the horrors of Uvalde and Buffalo are expected to be the most substantial in decades, but they are still expected to be limited due to Republican opposition and opposition from Second Amendment rights groups.

Its recommendations include increasing background checks for gun buyers who have been convicted of violent crimes against children or domestic abuse.

The bipartisan proposal does not include tougher amendments supported by Democrats, like a ban on assault-style firearms or large-capacity magazines.