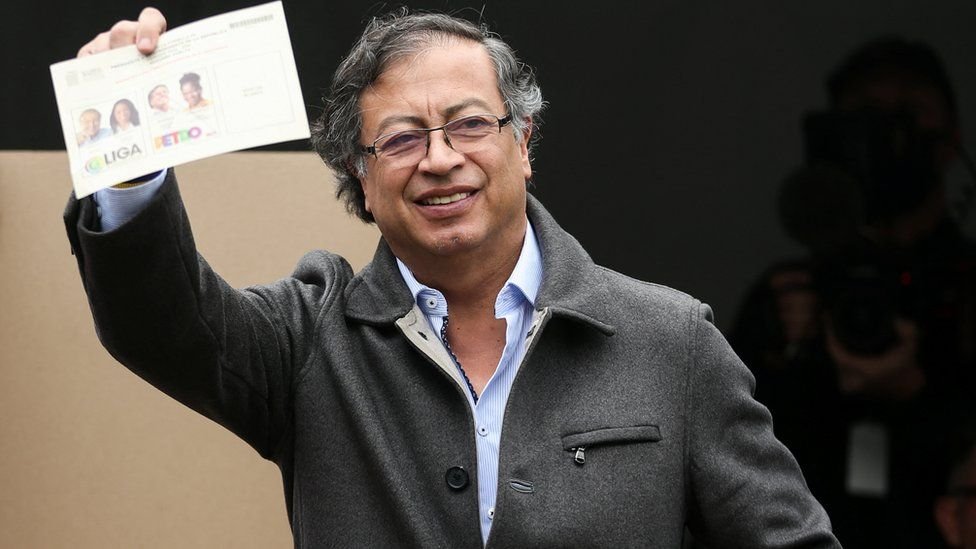 A former rebel warrior and ex-mayor of Bogota, Gustavo Petro has been elected the first left-wing president of Colombia.

According to statistics, he won with 50.5% of the vote, narrowly defeating his billionaire opponent by about 700,000 votes.

The outcome represents a significant shift for the nation, which has been run for decades by moderates and conservatives.

Numerous people were killed during anti-government rallies last year, and there was a great deal of unhappiness with how the country has being managed at the time of the referendum.

Mr. Petro, 62, praised the outcome, calling it “a victory for God and the people.”

“May so much suffering be cushioned by the joy that today floods the heart of the homeland,” Mr Petro wrote on Twitter. “Today is the day of the streets and squares.”

Mr. Hernandez, whose unconventional campaign made heavy use of TikTok and other social media, yielded to Mr. Petro in a video that was shared on social media.

He declared, “I accept the outcome of this election.” He continued, “I hope Mr. Gustavo Petro knows how to lead the country and is steadfast in his fight against corruption.

The Colombian term limitations prevented President Ivan Duque from running for reelection, but he claimed on Twitter that he had called Mr. Petro to congratulate him. They had “decided to meet in the next few days to begin a peaceful, institutional, and transparent transition,” he continued.

Mr. Petro participated in the 1980s M-19 movement, which is no longer active. The left-wing rebel group was one of the guerrilla groups that fought the government.

Prior to joining the political opposition, he served as a senator, a congressman, and the mayor of Bogota after serving time in prison for illegally possessing weapons in Colombia.

Mr. Petro ran on a radical platform and promised to tackle inequality by implementing free university education, pension reforms, and heavy taxes on unproductive land during the election campaign.

Additionally, he promised to seek negotiations with the still-active ELN rebels and to fully implement a 2016 peace agreement that put an end to a 50-year war with the Farc communist guerrilla group.