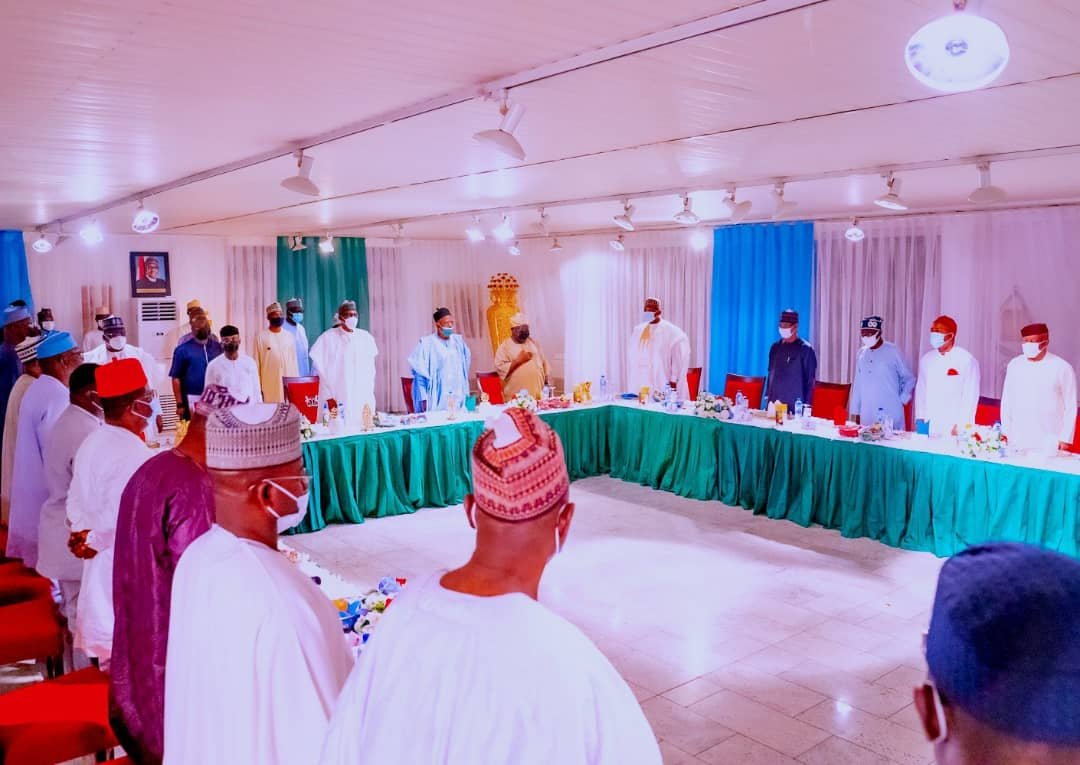 Governor Mohammed Badaru Abubakar of Jigawa state has stepped down from the 2023 presidential election following an agreement to zone the presidency to the south by northern governors and leaders.

The Jigawa governor who are part of a meeting with President Muhammadu Buhari made the announcement shortly after northern governors on the platform of the All Progressives Congress (APC) zoned the presidency to the South.

Chronicle NG reports that the meeting with the 23 successfully presidential aspirants has now entered a closed session after the media was asked to leave.

President Buhari and the aspirants will discuss the mode of primary to adopt on June 6 with consensus and indirect primaries the two for consideration.