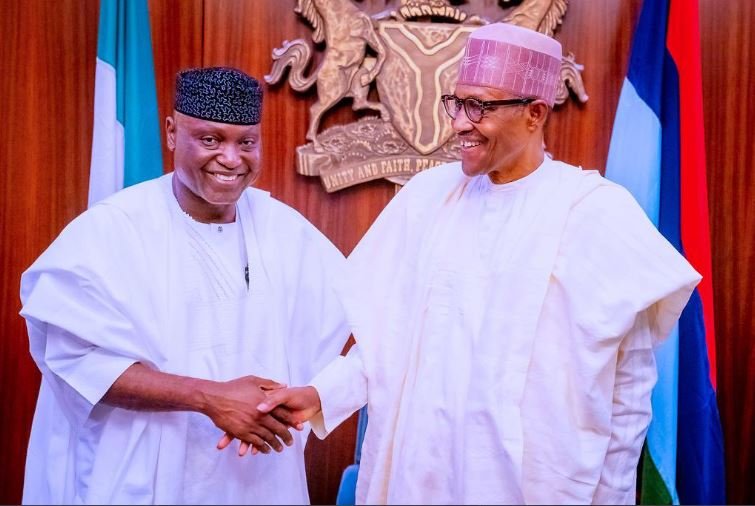 The president stated that he keenly followed the polls held on Saturday, June 18, and was delighted with the orderly conduct, and the way the electorate and security agencies comported themselves.

“I loved how the APC governors mobilized, and supported you,” the president told the Ekiti governor-elect, Oyebanji.

He added: “I think the party is very lucky, and things are getting better. I congratulate the Chairman, and I pray you sustain it.”

In his remarks, Adamu ascribed all the glory for the election victory to God, and pledged that same would be replicated in Osun State next month.

In his capacity as Chairman of the Campaign Council for Ekiti, Gov Badaru congratulated the president on the successful outing.

He said, “Your unending effort to reposition the party is paying off. If we combine the votes of the candidates that came second and third, our candidate still beat them by a wide margin.

”APC is being daily endeared to Nigerians. Our gratitude goes to you, Mr President.”

While appreciating the president, Oyebanji said the election was a referendum on the party, “and a clear, positive signal to the election in Osun, and the national one next year. APC is still the party of choice.”

Oyebanji lauded the president “for the leadership and the level playing field you provided.”

He pledged that he would be magnanimous in victory, as earlier advised by President Buhari. (NAN)