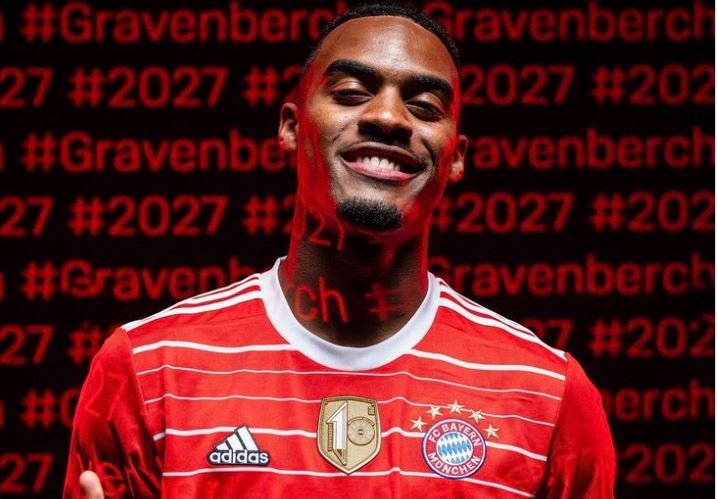 Netherlands midfielder Ryan Gravenberch has signed for Bayern Munich from Ajax on a five-year deal.

The 20-year-old has helped the Dutch champions to win three league titles and has 10 caps for his country.

“When the offer came from Bayern I didn’t have to think about it for long – I’m coming to win lots of titles,” he said.

The midfielder had been linked with a move to Manchester United – where he would have been reunited with his former Ajax boss Eric ten Hag, but says he has a “good feeling” about Bayern.

Gravenberch told Dutch newspaper De Telegraaf: “Manchester United is a very big and beautiful club. But I already had such a good feeling at Bayern and I had given my word.”

Bayern chief executive officer Oliver Kahn said Gravenberch is a “highly interesting player who lots of Europe’s top clubs would’ve liked to have signed” while sporting director Hasan Salihamidzic described him as “one of the biggest talents in Europe”.