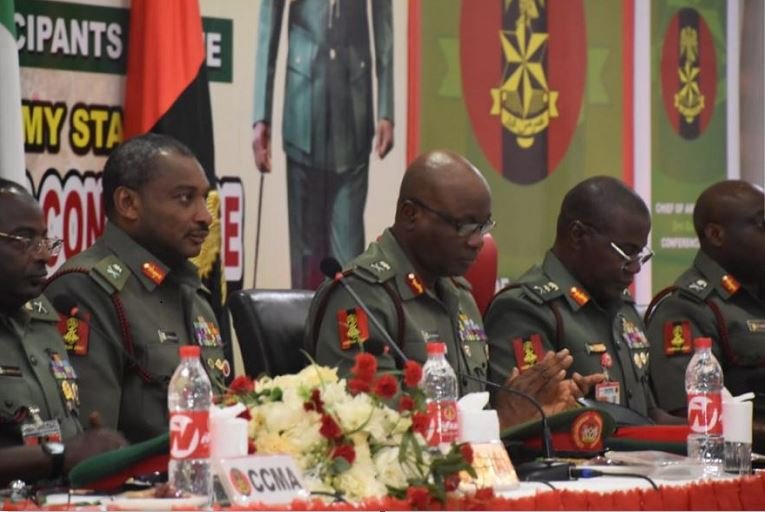 The Chief of Army Staff (COAS), Lt.-Gen. Faruk Yahaya, has ordered for a review of Nigerian Army’s rules of engagement and code of conduct for “Operation Safe Conduct” ahead of 2023 general elections.

Yahaya gave the directive at the opening of the Second Quarter COAS Conference 2022 on Tuesday, in Abuja.

He said the approved guidelines would be conveyed to the commanders of various units and formations as soon as possible.

The COAS directed all personnel to remain apolitical while providing enabling and secured environment for electoral processes to thrive.

“In this regard, I directed the review of Rules of Engagement and Code of Conduct for Operation Safe Conduct and the approved guidelines would be conveyed to you soon.

“The Nigerian army will continue to enhance its civil- military relations efforts and provide the necessary support in aid of the civil authority.

“The successes achieved in our operations were no doubt facilitated by the commitment of the political leadership toward enhancing operational competences of the Nigerian army as well as our general logistics, welfare, and wellbeing of the troops,” he said.

Yahaya said the troops had continued to sustain the tempo of operations against all forms of criminalities in collaboration with sister services and other security agencies.

He commended the level of cooperation and professionalism exhibited by the sister services and other security agencies in furtherance of their operational effort.

The army chief, said this, has led to the achievement of several successes across various theatres of operation in the country.

“In the North East troops of Operation Hadin Kai have sustained the onslaught against the terrorists leading to the clearance of the several criminal enclaves and the surrendering of large numbers of insurgents and their families.

“The South West has remained relatively calm while our reinvigorated operations across North Central and North West theatres are also yielding positive results,” he said.

The COAS said the conference would enable army to fine-tune its strategies and establish new benchmarks for enhancement of operations in all theatres.

While commending the sacrifices and bravery of the troops, he pledged the Nigerian army’s continued commitment to sustain effort towards providing an enabling environment for socio economic activities to thrive.

He said that the high command would continue to devote premium attention to training of personnel as fundamental requirement for successful operations.

The Chief of Policy and Plans (Army), Maj.-Gen. Anthony Omozoje, said the conference was designed to review progress in army operations and general activities in the second quarter.

Omozoje said the army would conduct a holistic appraisal of its activities in the first half of the year and develop strategies to consolidate on the achievements in the months ahead.

He said the review would include efforts in the provision of security support to facilitate a peaceful conduct of electioneering activities for the 2023 elections.

According to him, the second quarter conference is also special, adding that it provided opportunity to commemorate the first year anniversary in Office of the Chief of Staff.

The News Agency of Nigeria (NAN) reports that the conference has in attendance, the Chief of Defence Intelligence, Maj.-Gen. Samuel Adebayo, principal staff officers of Army Headquarters and corps commanders.

Others are the commanders of joint operations, General Officers Commanding (GOCs), Commandants of tri-service and army institutions and field commanders. (NAN)

‘How to murder your husband’ writer jailed for life