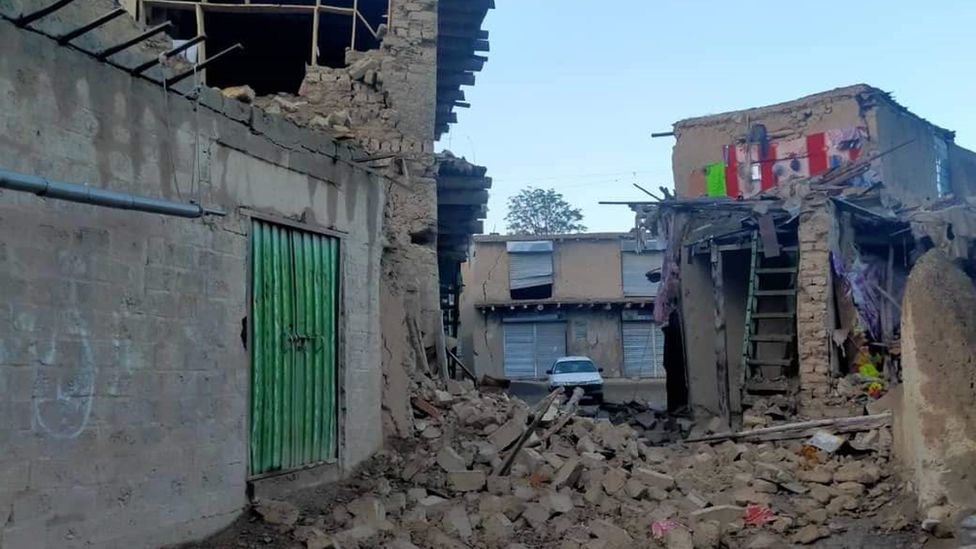 A powerful earthquake in Afghanistan has killed 1,000 people and injured hundreds more, according to a Taliban spokesman who spoke to the BBC.

In the eastern Paktika province, where rescuers have been rushing to treat the injured, pictures reveal landslides and destroyed mud-built dwellings.

Numerous homes have been damaged, according to Taliban leader Hibatullah Akhundzada, and the death toll is certain to climb.

It is the most deadly earthquake to have hit Afghanistan in the previous 20 years.

Mohammad Amin Hazifi, the Paktika province’s information chief, told the BBC that 1,500 people had been hurt and 1,000 had perished.

He stated that rescue workers are still looking for anyone who may be buried underground.

The earthquake struck about 44km (27 miles) from the south-eastern city of Khost shortly after 01:30 local time (21:00 Tuesday GMT), when many people were asleep at home.

“You can hear people lamenting the loss of their loved ones on every street you walk down. Homes are destroyed”, according to a local journalist in the severely damaged Paktika area.

In Afghanistan, where many rural houses are unstable or poorly constructed, earthquakes can cause major damage.

Alem Wafa, a local farmer, sobbed as he informed the BBC that official rescue crews have not yet arrived at one of the worst affected villages, rural Gyan.

“Although there are no official assistance professionals present, residents of nearby towns and cities have come to rescue victims. When I got there this morning, I discovered 40 dead bodies.”

He continued: “Most of them are young, very young children. There is a hospital here. But it can’t deal with this disaster. It doesn’t have the capacity.”