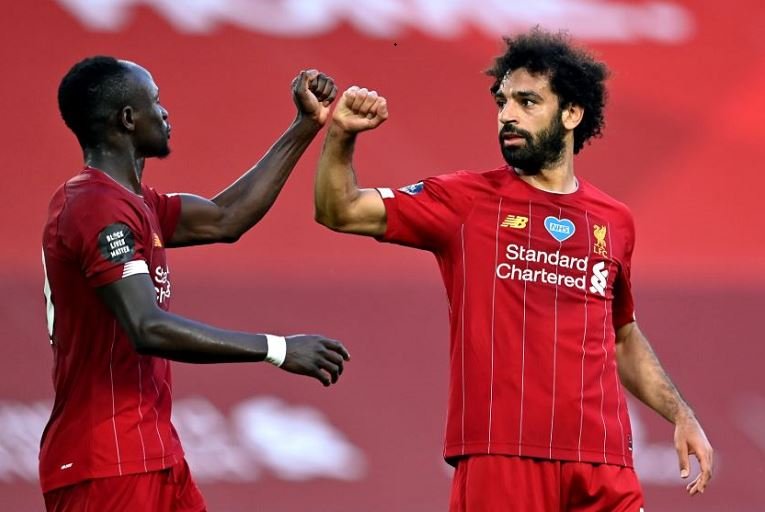 Egypt forward Mohamed Salah, 29, told close friends that he was willing to commit his future to Liverpool but performed a U-turn after Barcelona promised him a move to the Nou Camp next summer. (Mirror)

Salah’s teammate, Senegal forward Sadio Mane, 30, has already asked Liverpool team-mate and former Bayern Munich midfielder Thiago Alcantara if he can move into his house in Munich if he joins the Bundesliga champions this summer. (Mail)

Tottenham have no plans to sign Wales captain Gareth Bale for a third time as the 32-year-old winger contemplates where he will prepare for the this year’s World Cup. (Telegraph)

Barcelona are open to negotiating with Manchester United over the transfer of Netherlands midfielder Frenkie de Jong, 25, to Old Trafford but the Spanish club has yet received a formal offer from United. (Sport – in Spanish)

Spurs want a fee of 30m euros (£25.6m) in order to let Bergwijn join another club this summer. The player is also a target for Premier League rivals Everton, with Dutch champions Ajax still working on an official bid. (Fabrizio Romano)

Newcastle sporting director Dan Ashworth has reportedly made it a top priority to bring in a new right winger this summer, with Bayer Leverkusen and France international Moussa Diaby, 22, and Watford and Senegal forward Ismaila Sarr, 24, two players on the list. (Sky Sports)

Dutch defender Sven Botman, 22, who has been linked with a move to Newcastle, says AC Milan are still working on a deal to complete his signing from Lille. (Football Italia)