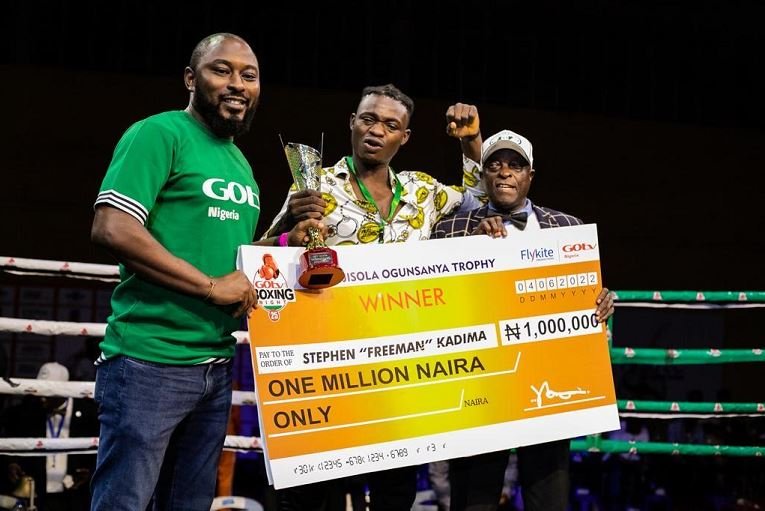 Kadima’s stellar performance earned him the Mojisola Ogunsanya Memorial Trophy and the cash prize of N1million attached to it.

The event took place at the Old Gymnasium of the Obafemi Awolowo Stadium, Ibadan, Oyo State saw Kadima emerge as the new star of Nigeria boxing.

But the other lightweight of the night ended in defeat for another Ibadan-based boxer, Ademola Ibrahim, as Segun “War” Adeyemi was declared winner by unanimous decision.

In the heavyweight division, Olanrewaju “Larry King” Adebiyi made the involvement of Solomon “Iron Fist” Imole a brief one with a first round technical knockout. Super welterweight star, Jafar “Armor Tank” Suleiman, also knocked out Basiru Kabiru in their super welterweight duel.

The light heavyweight tie was decided by a unanimous decision in favour of Segun “Success” Olanrewaju, who faced a spirited challenge from Victor Bennet all through the eight-round duel.