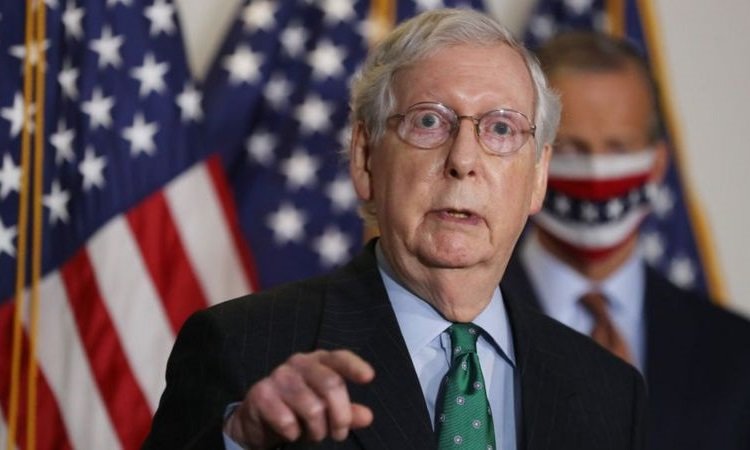 “Yesterday our office was notified by law enforcement officials that Governor Whitmer’s name appeared on the Wisconsin gunman’s list,” a spokesman for Whitmer told Reuters.

“While the news reports are deeply troubling, we will not comment further on an ongoing criminal investigation,” he added.

The Wisconsin Department of Justice said retired judge John Roemer, 68, was found dead on Friday in his home after the local sheriff’s office received a call about “an armed person and two shots fired in a Township of New Lisbon residence.”

The department called the ex-judge’s killing a “targeted” attack. It said that Douglas Uhde, 56, was found in the basement of Roemer’s home with an apparent self-inflicted gunshot wound. The suspect was taken to the hospital and a firearm was recovered at the scene.

On Saturday, the Milwaukee Journal Sentinel said the accused gunman had a hit list including the name of McConnell while an ABC News affiliate reported it also included Evers.

The incident marked the latest high-profile case of gun violence in the United States, following mass shootings in recent weeks at a grocery story in New York, an elementary school in Texas and a medical building in Oklahoma that left dozens dead.

Gun safety advocates are pushing the US government to take stronger measures to curb gun violence.

The Wisconsin Department of Justice said Uhde remained in critical condition at a medical facility.

“This … does appear to be a targeted act and the individual who is a suspect appears to have had other targets as well,” Wisconsin Attorney General Josh Kaul said at a Friday news conference. “It appears to be related to the judicial system,”

In April, a federal jury acquitted two men of conspiring to kidnap Whitmer in 2020 and deadlocked on the same charges for two other men.

President Joe Biden has called on Congress to “immediately pass” legislation that would close loopholes in gun background checks but McConnell has failed to get Republicans to vote in favour of gun control.

Owo Attack: We will hunt down assailants, make them pay – Akeredolu