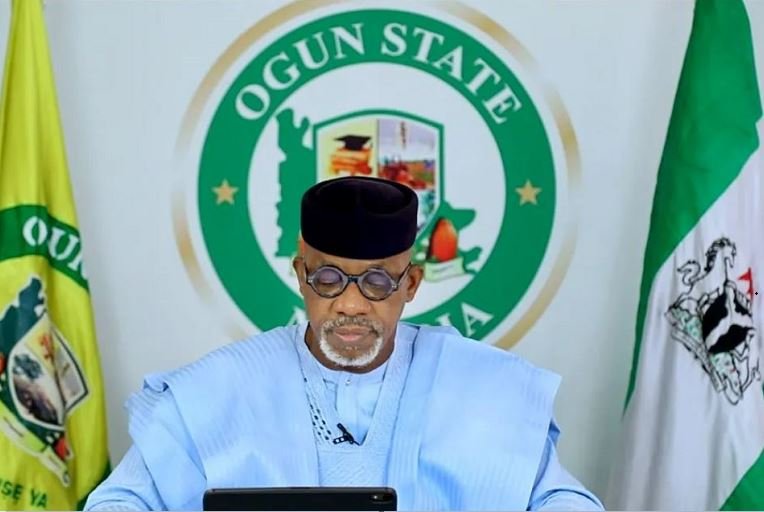 Governor Dapo Abiodun of Ogun state has told the national leader and presidential aspirant of the All Progressives Congress (APC), Asiwaju Bola Tinubu that Ogun delegates would do the right thing at the presidential primary on June 6.

Abiodun who refused to endorse Tinubu two weeks after endorsing Vice President Yemi Osinbajo said this time calls for all hands on deck.

He stated this when he received Tinubu on Thursday at the Presidential Lodge in Abeokuta, the state capital.

He noted that Ogun are capable of identifying quality leaders, emphasising that the Ogun APC delegates would do the right thing during the primary election.

While lauding the APC National Leader for his passion for the growth of the southwest and the nation in general, Abiodun said “this time is an interesting period in the history of the nation which calls for all hands to be on deck”.

He described Tinubu as a master strategist, political warrior, mentor of men, builder of bridges and a serial winner.

In his remarks, Tinubu, while addressing the state delegates, called on the southwest to support his aspiration in becoming the next president of the nation after President Muhammad Buhari for the unification and growth of all parts of the country.

According to the former governor of Lagos State, who described himself as the best candidate of the party, he had helped several Nigerians in achieving their political ambitions in the last 25 years, stressing that it was time to reciprocate his kind gesture by electing him as the presidential candidate of the party.

He further noted that with his experience in politics for many decades, he deserves to be given the chance to turn the fortunes of the country for better.

The event was attended by the governors of Lagos and Kano States, Mr. Babajide Sanwo- Olu and Alhaji Abdullahi Ganduje as well as other party stalwarts from across the country.