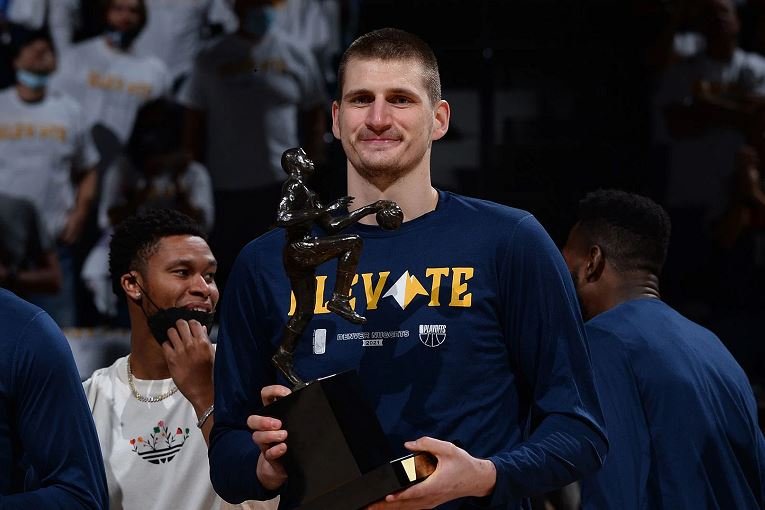 Jokic’s raw stats were even better this year than last year, as he averaged career highs of 27.1 points and 13.8 rebounds per game. He also averaged 7.9 assists, good for eighth in the league.

The Denver center did it all without two of his co-stars, as point guard Jamal Murray missed the entire season while recovering from a torn ACL and Michael Porter Jr. was held to just nine games because of a back injury. Despite that, the Nuggets were still able to make the playoffs as the West’s fifth seed.

He is the 15th player in NBA history to win the MVP multiple times and the second straight winner to go back-to-back after Giannis Antetokounmpo won it in 2018-19 and 2019-20.

Antetokounmpo was a finalist for this year’s award, along with Joel Embiid.