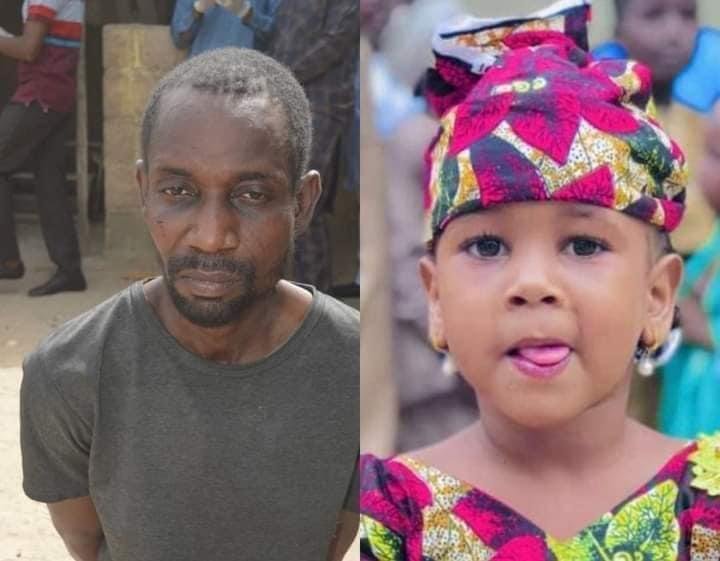 A school proprietor in Kano, Abdulmalik Tanko, who is under trial with others over alleged kidnap and murder of his pupil, Hanifa Abubakar, on Monday opened his defence and denying committing the offence.

Tanko, 34, alongside Hashimu Isyaku, 37 and Fatima Musa, 26, all residents of Tudun Murtala Quarters, Kano, are standing trial before a Kano High Court.

They are being tried on a five-count charge of criminal conspiracy, attempt to kidnap, abetment, kidnapping and concealing dead body of the five year-old pupil

Led in evidence by M.L. Usman, his defence counsel, Tanko said himself and two other defendants did not know how late Hanifa died.

He said that in Dec. 2021, he had a serious financial problem and therefore went to the bank to secure loan, but was told he had not satisfied requirements for granting of such loan.

“On Dec.4,2021, I decided to go and pick Hanifa from Islamiyya School with a tricycle, which I hired, and took her to my house situated at Tudun Murtala Quarters Kano.

“On arriving home, my wife asked me whose child she was and I told her she was the daughter of one of my staff who traveled, and would be back in two to three days.

“On Dec.10,2021, I was on my way to the market when I met one Habu, who applied for a job of security guard in my school but was yet tp be employed.

“I told him I have a simple job for him, and that he should come over to the school at Tudun Murtala; I told him that there was a child he would look after for me for only one day, within the school premises.

“We exchanged telephone numbers and he accepted to come over 11:30 p.m., after which we parted ways.

“On the same date at about past 10:00 p.m., I left the house with Hanifa while she was seriously sleeping; the distance from my house to the school is not far.

“Hanifa slept in one of the office on a three seater chair in the office, and I locked and left her in the school,” Tanko said.

He also testified that on his way back home, he tried reaching Habu ,adding that the next day at about 7:30 a.m., he went to the school and was shocked to find Hanifa still sleeping in same position he left her.

“I touched her hand and there was no response,” he added, telling the court that he lied to the second defendant to come over to bury the corpse enclosed in a sack in his school premises.

During cross-examination, the prosecution counsel, Kano State Attorney-General, Barr Musa Abdullahi-Lawan, asked the defendant if the second and third defendants knew Hanifa was kidnapped and how she later died.

Tanko responded that the two were not aware that the pupil was kidnapped and the circumstances that led to her death.

The judge, Justice Usman Na’abba, adjourned the matter until May 10, for continuation of defence.

NAN recalls that the prosecution counsel had on April 12, closed its case against the defendants, with nine witnesses and tendered 14 exhibits.