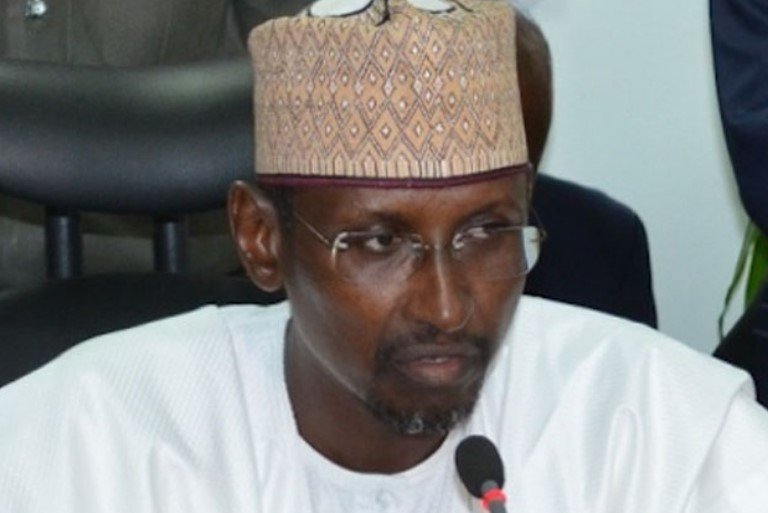 The violence that engulfed the Dei-Dei building materials market in Abuja on Wednesday, 18th May, 2022, was not motivated by ethnicity or religion but was the action of criminal elements who started the violence in order to carry out their criminal intentions.

This was disclosed by the FCT Minister, Malam Muhammad Musa Bello when he visited the Dei-Dei market in the evening following the incident earlier in the day, to ascertain for himself the cause and extent of the violence which claimed four lives and resulted in the razing of shops and vehicles within the market.

Accompanied by the Chairman of Abuja Municipal Area Council, Mr Abdullahi Adamu Candido, FCT Commissioner of Police Mr Sunday Babaji and other top security and senior officials of the FCTA, the Minister met with the various Dei-Dei market and community leaders and took an assessment tour of damage in the market.

Speaking passionately after the tour, the Minister said “After an emergency security meeting with the relevant security agencies including the Commissioner of Police and the Director of the DSS and senior management officials of the FCT, we decided to come here.

“And we came here specifically because on the social media, all kinds of stories are being circulated saying there is an inter-ethnic crisis in Abuja with one tribe fighting against the other. I have come here and met the leadership of the market, I have met the leadership of the communities and met the political leadership as represented by the Chairman and vice chairman of Abuja Municipal Area Council, and what really came out very clearly was that this was an accident that occurred when a lady on a commercial motorcycle fell off and a vehicle ran over her and unfortunately, she passed on.

“As a result of this incident tension rose and hoodlums took over and like they do everywhere in the world, their target is economic assets and they burnt down a substantial part of the timber market and other markets around here and they burnt many vehicles.

“There was no communal clash here and I appeal to all residents of Abuja to continue to live here as we have always lived in peace as the center of unity,” he said of the clash at the Dei-Dei market.

The Minister called on Dei-Dei community leaders to work at fishing out the bag eggs within their folds and help in bringing them to justice. He said “What I told the community leaders is that they have to fish out the hoodlums and the bad eggs amongst them. This is because this time around, hoodlums carried arms and they shot innocent people. This is very sad and totally, unequivocally, unacceptable in Abuja.

He said that a full scale investigation will be carried out by the security organisations with the full collaboration of the affected communities and added, “I am appealing to other communities within the FCT that this is not a tribal or religious misunderstanding. All the leadership of the various stakeholders have lived here in peace for many, many years.

“It is simply a matter of criminals and hoodlums taking the law into their hands and I implore every community in the FCT to ensure that community leaders identify miscreants, drug pushers, drug dens and drinking joints where crime and criminality takes place. The police and the military cannot be everywhere at the same time.

While commending the efforts of the security agencies and community leaders for their efforts in containing the violence, Malam Bello prayed for the repose of the souls of those who lost their lives and ordered the immediate closure of the timber market and adjoining markets.

In the same vein, Malam Bello also ordered the immediate ban on all trading activities along the Dei-Dei roadsides and directed that all transactions be carried out within the shops.

The Minister was accompanied on the visit by the Permanent Secretary, FCTA, Mr Olusade Adesola, the Chief of Staff, Malam Bashir Mai-Bornu, the Secretary, Area Council Services secretariat Alh. Ibrahim Abubakar Dantsoho and other senior officials of the FCTA.