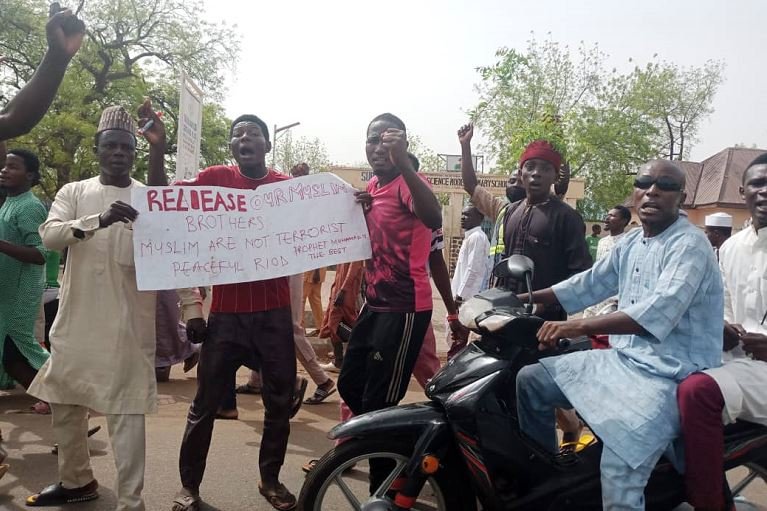 Muslim youths in Sokoto state on Saturday took to the streets to protest the arrest of suspects who were accused of killing and burning Deborah Samuel, a student of Shehu Shagari College of Education.

The protest reportedly kicked off at the roundabout of Zabira mall and they marched through Gao-nama onwards flyover within the state metropolis.

A combined team of Sokoto security operatives including soldiers from the 8 Division, Police, DSS, and NSCDC are monitoring the protest.

The security agencies are also stationed in strategic positions to avert breakdown of law and order.

The late Deborah was accused of blasphemy in a WhatsApp voice note on her class’ platform, in which she was alleged to have blasphemed Prophet Muhammad (PBUH).

The students however did not present what the late Deborah was reacting to, which is one of the things that the police are investigating.