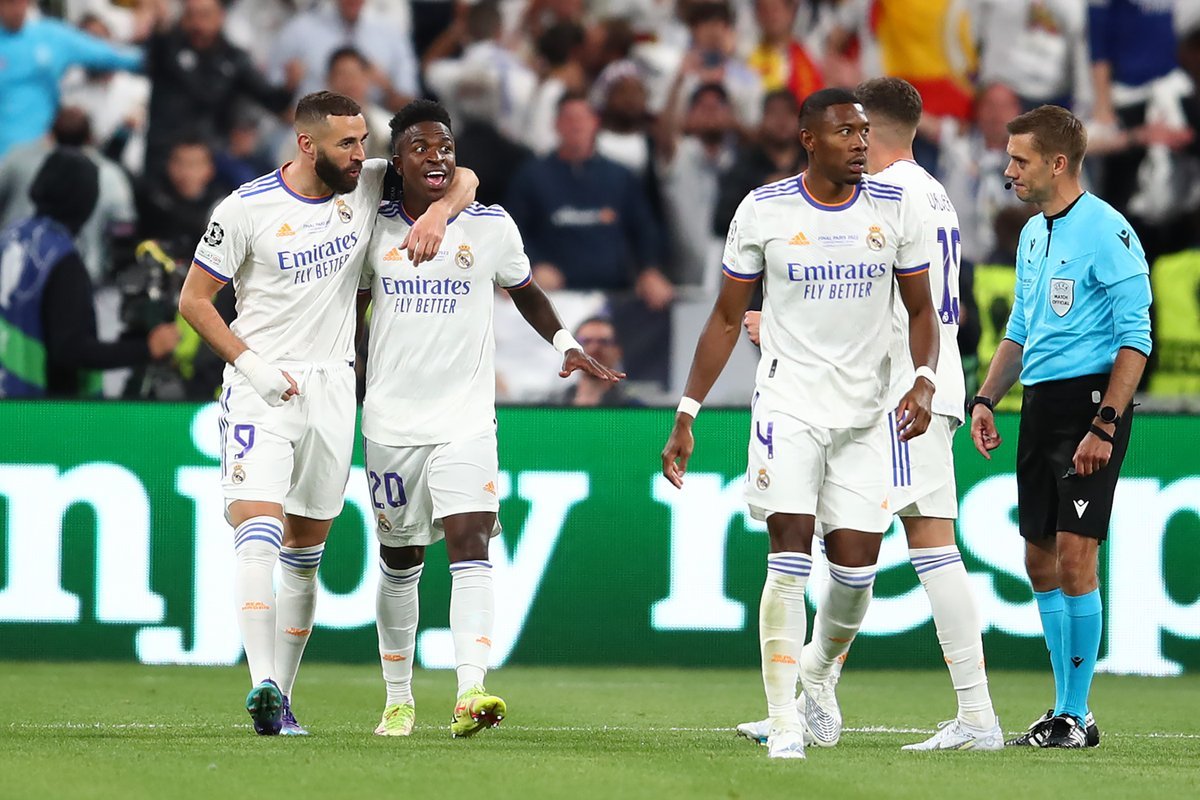 Jurgen Klopp’s side ran into a one-man wall of defiance as Real goalkeeper Thibaut Courtois produced one of the great individual performances to thwart Liverpool time and again.

Mohamed Salah, seeking revenge for his early departure through injury in the 2018 final against Real, was denied six times by Courtois who was simply unbeatable.

Real were always a threat and the decisive moment came after 59 minutes when Vinicius stole in unmarked at the far post to score.

This was also a final marred by chaotic scenes outside Stade de France with thousands of Liverpool fans, some targeted with pepper spray by French police, unable to get into the stadium, forcing the kick-off to be delayed by more than 30 minutes.

Liverpool’s magnificent season brought them the Carabao Cup and the FA Cup – both won on penalties against Chelsea – but ended in a double disappointment in the final week of a stellar campaign.

The Champions League might have eased the agony of just missing out on the Premier League to Manchester City by one point, only for Liverpool to find themselves on the wrong end of a goalkeeping masterclass from Courtois.

The Belgian was simply perfect as he was a constant thorn in Salah’s side, turned Sadio Mane’s shot on to the post brilliantly and commanded his penalty area with faultless handling.

Salah held his head in disbelief on many occasions as Courtois manned the barricade for Real, leaving the Egyptian to nurse the pain of another Champions League final defeat by the Spanish giants.

Liverpool were not quite at their best and eventually paid the price for not taking chances as Real pounced in trademark fashion to win this tournament for a record-extending 14th time.

Klopp’s side could not have given any more as they pushed to the final whistle but looked jaded towards the end – no surprise given the demands made of them this season.

Liverpool will still take huge credit by maintaining a push for an historic quadruple until the final week of the season but the conclusion will sting.

The occasion left even more of a sour taste given the events outside Stade de France. Liverpool are demanding a full investigation into how thousands of their fans could not get into the stadium, with dangerous numbers packed into small areas as kick-off approached.

Real Madrid have been living by the skin of their teeth in the Champions League this season, but any side that beats Paris St- Germain, Chelsea, Manchester City and Liverpool to reach their goal answers every question.

Real are bolstered by years of experience and quality that gives them concrete-clad self-belief that has seen them navigate their way out of so many tight situations.

And what a moment for their legendary coach Ancelotti, who was brought back to the Bernabeu from Everton a year ago and has won La Liga and the Champions League on his return.

Ancelotti can now lay claim to history with that fourth triumph, once again showing his mastery of managing egos and high-class players who respond to the vastly experienced Italian’s promptings.

He was the most relaxed man in Paris at his pre-match press conference, oozing confidence, and can now look back at two Champions League wins over Liverpool, here and for AC Milan in 2007, after losing in the so-called miracle of Istanbul in 2005.
Ancelotti is one of the greats and has proved it again.