FRSC warns against putting kids below 12 in front seat
Advertisement 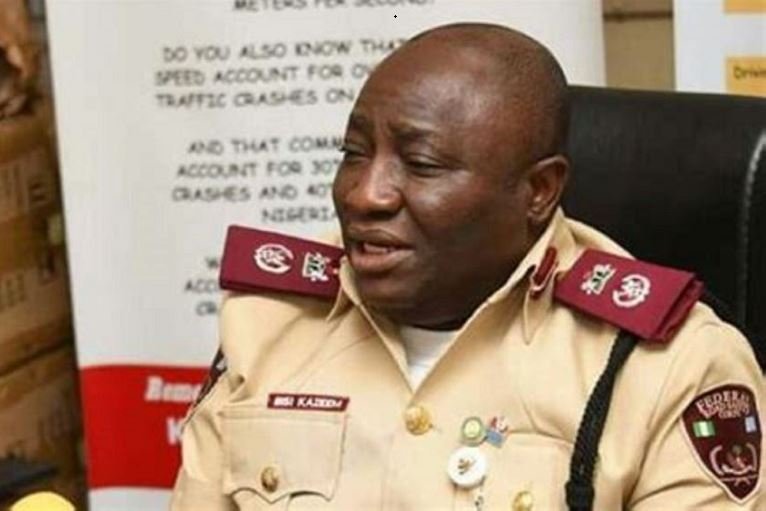 The Federal Road Safety Corps (FRSC), Oyo State Command, has warned parents and motorists in the state to stop putting children below 12 years in the front seat of vehicles.

The FRSC Sector Commander in the state, Uche Chukwurah, gave the warning during the Children’s Day celebration organised by the command at its office in Eleyele on Friday in Ibadan.

The News Agency of Nigeria (NAN) reports that the theme of the celebration is: “A Greater Future For Every Child”.

According to the FRSC, it is against the law to put children under the age of 12 in front seat of vehicles because wherever there is a crash such; children may be throw out of the vehicles.

She said that it was better to put the children at the back seat of the vehicles to avoid putting their lives in danger.

“Some people think it is love to put the children in the front seat while some even breastfeed their children while on the wheel, all these are wrong and FRSC is speaking against it,” she said.

The sector commander said the essence of the gathering was for the command to be able to talk to the children on road safety tips and be cautious while crossing the road.

She said that the aspiration of the command was for the children to have a better future which could only be achieved when they are alive.

Chukwurah urged the children to always look at both left and right sides of the road before crossing in order to avoid being knocked down by vehicles.

The Chairperson of Road Safety Officers’ Wives Association (ROSOWA), Oyo State Chapter, Mrs Oluwasola Familoni, said as parents, they believed in the children and want them to have greater future.

Morakinyo advised the children to always caution their parents not to speed while driving them to school.

Highlights of the event were: games, dance, riddles and presentation of gifts to students of various schools.