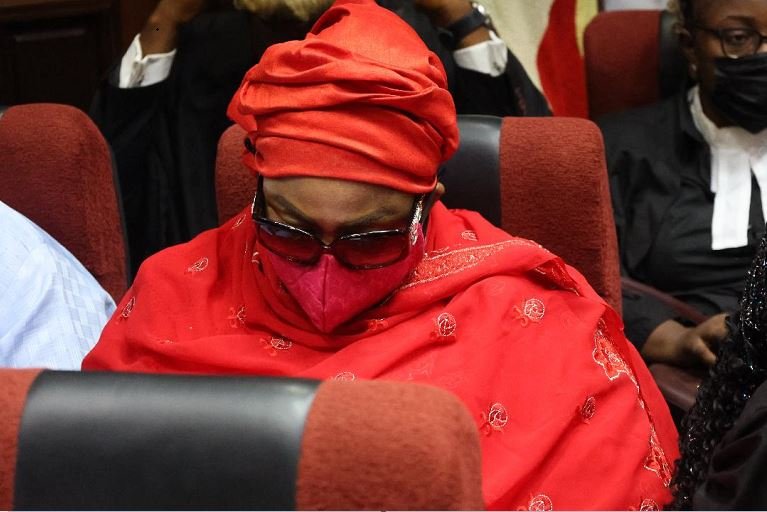 The National Youth Service Corps (NYSC) says Senator Stella Oduah representing Anambra North absconded during her service year and does not have a valid NYSC certificate.

In a letter replying to the request by the Concerned Anambra North Peoples Democratic Party Stakeholders which sought to validate the claim by the senator that she lost her NYSC certificate, the Director General of NYSC said although Stella Oduah was mobilised for national service in 1982/83 service year and deployed to Lagos state, she absconded after the orientation did not complete her mandatory one-year service.

“The consequence of this is that she is not qualified for the issuance of the certificate of national service”, the Director General wrote in the letter that was signed on his behalf by Eddy Megwa.

The letter, dated 24th, May 2022, with reference number NYSC/DHQ/PPRU/783/ VILIII, was obtained by our correspondent.

In 2014, Oduah deposed to an affidavit and obtained a police extract where she stated that she sometime in 2010 while in transit from Akili in Ogboru Local a Government Area to Abuja she discovered that some of her personal belongings were missing.

The affidavit, a copy of which was obtained by our correspondent read: “I Princess Stella Adaeze Oduah, Christian, Adult , Nigeria Citizen, Politician of Umuoma Village, Akili, Ogbaru Local Government Area of Anambra State do hereby make oath and depose as follows:
1. That I am the dependent of the affidavit.
2. That I am a native of Akili Ozizor in Ogbaru Local Government Area of Anambra State.
3. That sometime in 2010 while in transit from Akili Ozizor in Ogbaru Local Government Area to Abuja I discovered that my personal belongings were missing.
4. That the missing documents are the originals of my West African School Certificate of 1978 from Zixton Secondary School Ozubulu, First School Leaving Certificate from St. John Odoakpu Onitsha, Bachelor of Science in Business Administration Certificate 1982 from St Paul’s College Lawrencevile Virginia USA, National Youth Service Corps Certificate 1983, National Identity Card, United States of America Social Security Card with the number on it.
5. That all efforts are to trace the missing documents proved abortive.
6. That I made this affidavit in good faith believing same to be true and correct and in accordance with the Oaths Act.”

However, the Concerned Anambra North Peoples Democratic Party Stakeholders wrote to the NYSC Director General to issue them with a certified true copy of the certificate of national service with the Youth Service Corps issued to Stella Oduah in 1982/83.

By the letter, NYSC has confirmed that Oduah served as minister in breach of the nation’s extant law barring anyone who fails to do the National Service after acquiring the necessary educational level should not be employed by government and should also not be allowed to hold public offices.

The group had earlier written to the National Chairman of the PDP to order Stella Oduah to produce her National Youth Service Corps certificate or be disqualified from participating in the party’s primary for Anambra North Senatorial election.

Stella Oduah’s case is similar to that of Kemi Adeosun, former Minister of Finance, who stepped down after it was revealed that her NYSC certificate was forged.