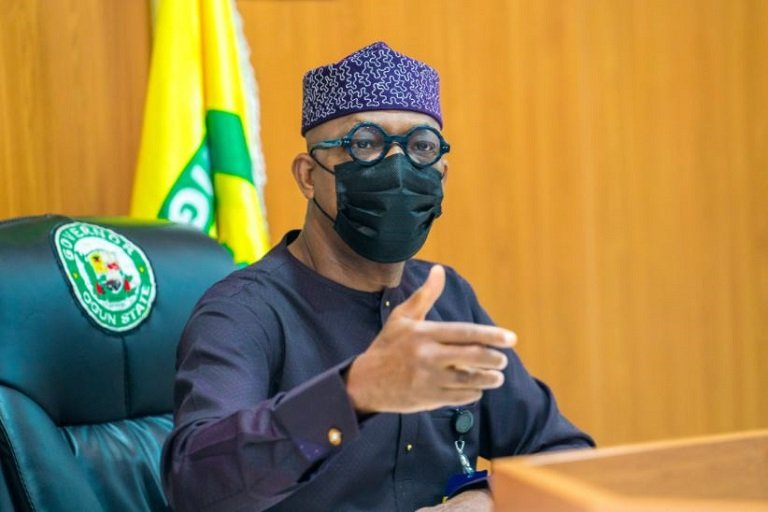 Governor Dapo Abiodun has won the primary election of the All Progressives Congress (APC) in Ogun state.

They were absent but sent agents to represent them.

A total of 1,180 delegates from 236 wards spreads across the 20 Local Government Areas were accredited for the primary.

He said: “Having scored the highest valid votes, he is hereby declared winner and Governorship candidate of the APC in Ogun State for 2023 Governorship election.”

The Nation reports that the party chieftains on ground at the MKO Abiola Stadium, Abeokuta for the primary were former Governors Segun Osoba and Gbenga Daniel; former Deputy Governors Gbenga Kaka and Makanjuola Badru, Senator Gbenga Obadara and Chief (Mrs) Iyabo Apampa among others

Speaking after the poll, Dapo Abiodun said, “Today is a day to be remembered and a day to be grateful. A day when a whopping 100 per cent was scored by our administration in an electoral process.

“My profound thank you goes to all delegates, party members, everyone present at the primary election, and the APC officials from the National Headquarters for the peaceful conduct of a transparent, fair and credible election.

“While this victory is reassuring of your confidence and trust in us, now is the time for us to be united as a people towards ensuring that we achieve a landslide victory in February of next year.

Today is a day to be remember and a day to be grateful. A day when a whopping 100 per cent was scored by our Administration in an electoral process. pic.twitter.com/ndy9iKHMJh