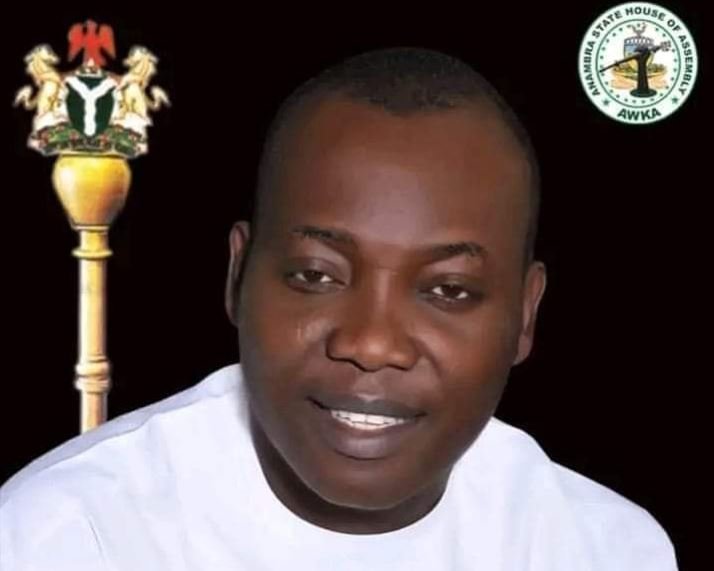 Gunmen who abducted a member of the Anambra State House of Assembly, Okeychukwu Okoye, have beheaded him, the state government says.

After beheading him, his head was reportedly displayed at a motor park in Nnobi, Idemili South Local Government Area of the state.

The incident, which happened on Saturday, created panic in the community, which had been witnessing a series of violent killings since last year.

Sources added that his body was not there and indications were that the killers removed the body.

“The Anambra lawmaker representing Soludo’s constituency, Okechukwu Okoye who was earlier kidnapped, has been beheaded by gunmen; the late lawmaker’s head was mounted at Chisco Park in Amichi community.

Gunmen had last Sunday abducted the lawmaker who was representing Aguata II state constituency in Aguata alongside Cyril Chiegboka, his campaign director.

Governor Charles Soludo had said during the week that efforts were ongoing to rescue the Anambra lawmaker from his abductors.

Okoye’s head was found at Nnobi in Idemili South local government area where it was hanged.

Condemning the killing of the lawmaker, Governor Soludo of Anambra offered N10m for information about his abductors and killers.

Popularly known as ‘Okey Di Okay’, soft-spoken Hon. Okoye, a Ph.D holder, was one of the few cerebral members of the 7th Anambra State Assembly. He often conducted church choirs.

In the viral video, two messages were seen near the scene where his decapitated head was dumped, signed by ‘unknown gunmen’, warning politicians to withdraw soldiers from Biafra land or face the consequences.