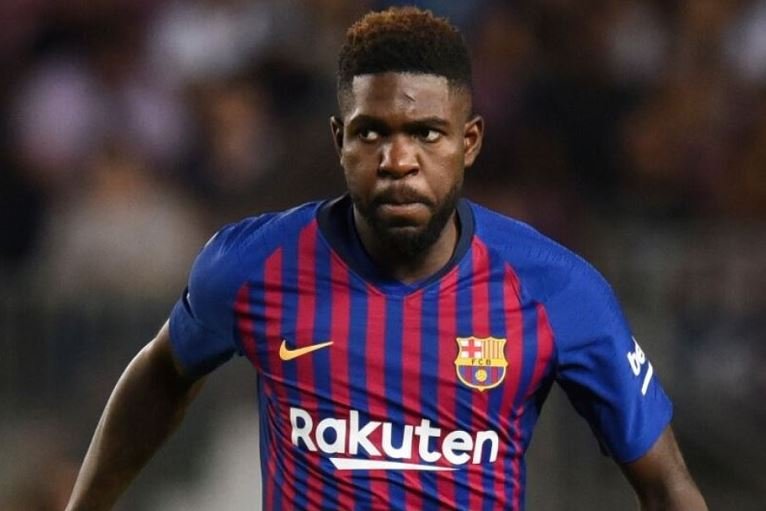 Barcelona and France defender Samuel Umtiti, 28, has been made available to Arsenal, and could move in a loan deal. (Sport)

Umtiti has found regular first team football difficult to come by this season.

Everton and England striker Dominic Calvert-Lewin, 25, expects to leave the club in the summer, with Arsenal and Newcastle United both interested. (Football Insider)

Liverpool are prepared to listen to offers for England midfielder Alex Oxlade-Chamberlain, 28, this summer. (ESPN)

France midfielder Paul Pogba, 29, will move to either Paris St-Germain or Juventus when he leaves Manchester United on a free transfer this summer. (Eurosport)

West Ham want to keep hold of Paris St-Germain and France goalkeeper Alphonse Areola. The 29-year-old could have another season on loan at London Stadium, or the Hammers could buy him for £11m. (Fabrizio Romano)

Fulham are lining up West Ham’s English right-back Ryan Fredericks, 29, on a free transfer as their first signing since clinching promotion to the Premier League. (Evening Standard)

England goalkeeper Fraser Forster, 34, may have played his last game for Southampton with his contract expiring at the end of the season and Tottenham linked. (Daily Echo)

Barcelona are prepared to sell Spain international centre-half Oscar Mingueza in the summer with the La Liga outfit wanting at least 5m euros (£4.2m) for the 23-year-old. (Sport)

Tottenham are one of a host of clubs looking at Nottingham Forest and Wales winger Brennan Johnson, 20. (Football.London)

Manchester United will listen to offers for 21-year-old English left-back Brandon Williams this summer after he spent this season on loan at Norwich City. (Manchester Evening News)

Bournemouth have decided against signing Norwich City’s English midfielder Todd Cantwell on a permanent deal after the 24-year-old had a five-month loan spell with the Cherries and helped them win promotion to the Premier League. (Daily Echo)

Arsenal are set to sign Brazilian attacker Marquinhos, 19, in a £3m transfer from Sao Paulo. (Goal)

Wolves and Portugal full-back Nelson Semedo, 28, hopes for a long-term future with the club despite a lack of contract talks. (Express and Star)