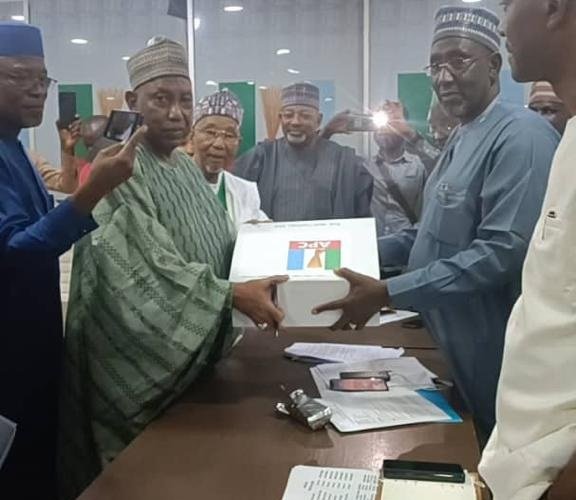 A support group within the ruling All Progressives Congress (APC) mobilizing support for Vice President Yemi Osinbajo, The Progressive Project (TPP) on Wednesday night submitted the VP’s expression of interest and nomination forms for the APC presidential primary election.

The submission took place at the National Secretariat of the ruling All Progressives Congress (APC) at about 9 pm.

The chairman of TPP, Senator Kabiru Gaya and Senator Muhammadu Bulkachuwa led the group which submitted the forms to the APC National Organizing Secretary, Alhaji Sulaiman Argungu at a brief ceremony at the party secretariat.

The same group had last week picked the nomination forms for the Vice President at the International Conference Centre, Abuja.

Chronicle NG reports that Prof. Osinbajo declared to run for 2023 presidency on April 11 and has been embarking on nationwide consultations and meeting with APC delegates.

Bola Tinubu and the religion card by Dan Abubakar