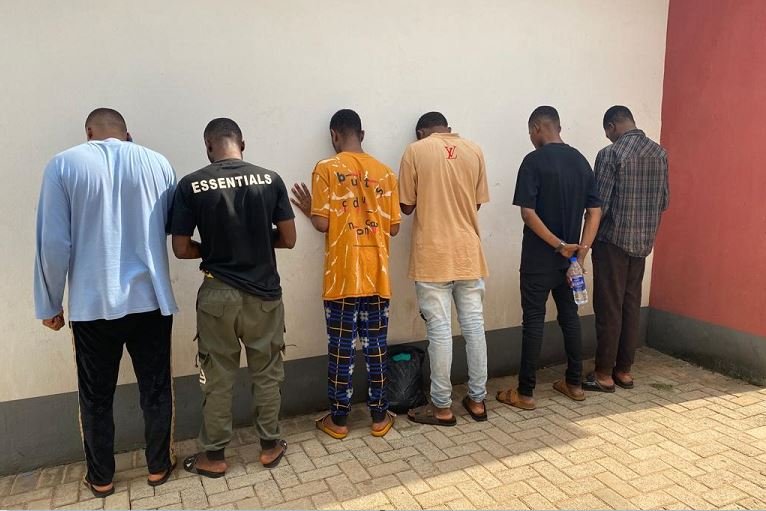 The suspects were each arraigned on one-count separate charge bordering on cybercrimes.

The one-count charge read:“ That you Prosper Chizaram Ugochukwu sometime in 2022 at Enugu, Enugu State within the jurisdiction of this Honourable Court, fraudulently cloned 20 different Facebook accounts of various unsuspecting individuals without their consent then used same accounts with intent to defraud other individuals and you thereby committed an offence contrary to Section 22(2) (b) (ii) of the Cybercrime (Prevention, Prohibition, etc.) Act 2015 and punishable under Section 22(2) (b) (iv) of the same Act.”

Seventeen of the nineteen internet fraud suspects pleaded guilty to the charges preferred against them, and were subsequently sentenced to one year imprisonment each, with an option of fine of N1,000, 000( One Million Naira) each, except for Nzeadi Chika Camillus who was given a fine of One Hundred Thousand Naira because he had forfeited a Lexus RX350 car, a proceed of the crime worth N4700,000 (Four Million Seven Hundred Thousand Naira). The convicts are also to forfeit the gadgets used in committing the crime to the Federal Government.

However, two other internet fraud suspects Aguoha Ujunwa and Smart Clinton Onyinyoma pleaded not guilty to the charges brought against them, prompting the Judge to set their bail term at N5,000,000 (Five Million Naira) each with two sureties in like sum.

Justice Buba adjourned the matter to May 25, 2022 for full trial of the two defendants.