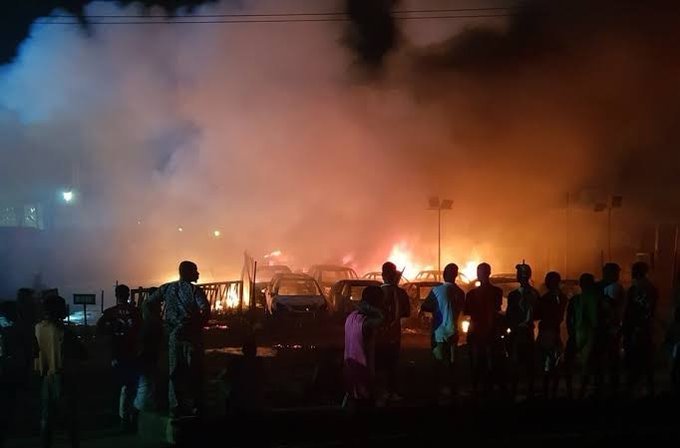 Many are feared dead after an explosion rocked Aba Road, Sabon Gari area of the ancient city of Kano state on Tuesday morning.

Videos on social media show that many are injured from the blast.

Chronicle NG cannot confirm if it was a bomb blast or a gas explosion as at the time of this reporting.

The Kano state government in its reaction by commissioner for information, Malam Muhammad Garba said the incident happened at an animal feed store opposite the school along Aba Road, Sabon Gari area of Fagge local government.

He said while the cause of the explosion and the damage it had done is yet to be officially ascertained, investigation has since commenced to determine the cause, impact and measures to be taken.

Malam Garba called on the people in the state  particularly those living in the area where the incident occurred to remain calm while government in collaboration with relevant agencies are working on the matter.

The commissioner assured that government would keep the public abreast on any development and warned people to desist from spreading unsubstantiated news.