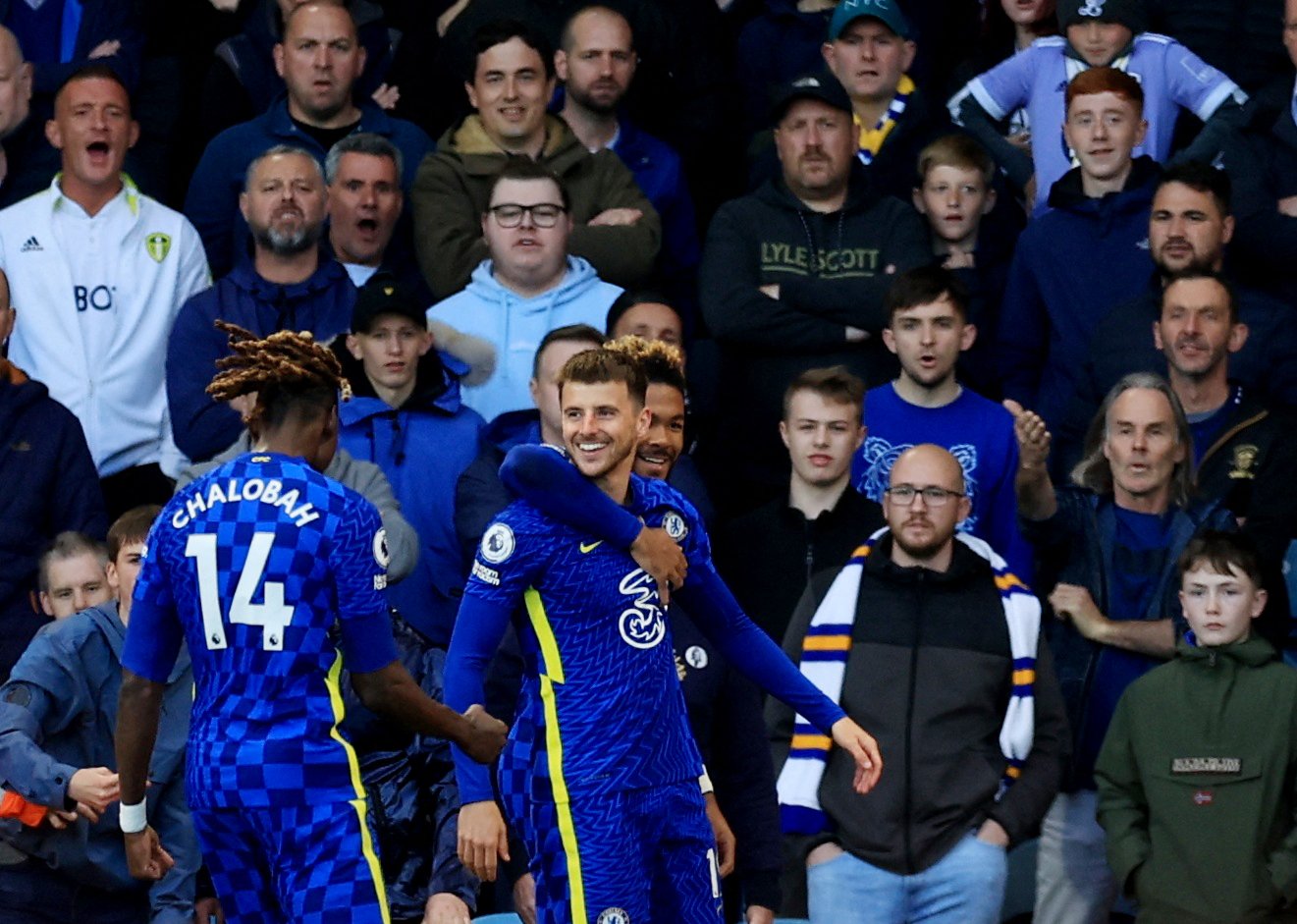 Leeds needed to avoid defeat in order to move out of the drop zone but, as in their 2-1 defeat by Arsenal on Sunday, they endured a nightmare start to the game and could not recover.

Mount curled home a superb opener after only four minutes and Leeds then had Daniel James sent off midway through the first half for a reckless tackle on Mateo Kovacic, who was unable to continue.

It was deja-vu for Jesse Marsch’s side, who lost Luke Ayling to a red card in similar circumstances having fallen behind at the Emirates Stadium, and their misery was compounded by precise finishes from Pulisic and Lukaku after the break as Chelsea strengthened their grip on third place and warmed up for Saturday’s FA Cup final against Liverpool in style.

Leeds, meanwhile, also lost Jack Harrison to injury and must now prepare for their remaining Premier League games, against Brighton and Brentford, without the suspended James as well as Ayling.