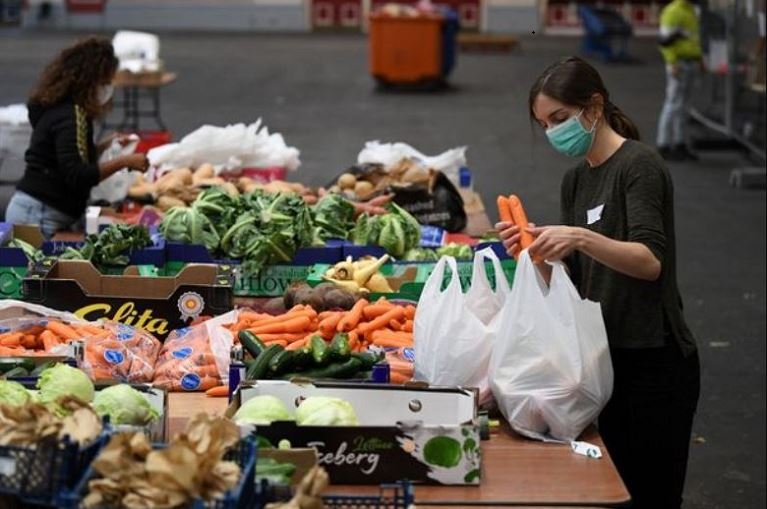 Millions of hard-up Britons are skipping meals because they cannot afford to eat in the deepening cost-of-living crisis, a bleak report revealed Monday.

Some 6.8 million adults have cut back portion sizes or missed food altogether because they were unable to pay for or “get access to food”, according to a YouGov survey for the Food Foundation.

A total of 4.6 million adults have not eaten despite being hungry, while 2.4 million have not eaten for a whole day because of affordability, the online study of 10,674 British adults shows.

Around one in seven adults (13.8%) live in households where people have skipped meals, cut down on portions, or not eaten for a full day because they could not afford or access food.

The Foundation reported a 57% jump in the proportion of households cutting back on food or missing meals in just three months between January and April.

Some 2.6 million children live in households that do not have access to a healthy and affordable meals – putting them at high risk of diet-related diseases, experts warned.

The proportion of households with children experiencing food insecurity leapt from 12.1% in January to 17.2% last month.

The findings come amid warnings of spiralling food price inflation due to the war in Ukraine and soaring fuel prices.

“Food insecurity puts families under extreme mental stress and forces people to survive on the cheapest calories which lead to health problems.

“The situation is rapidly turning from an economic crisis to a health crisis.

“Foodbanks cannot possibly be expected to solve this.

“The Government needs to realise the boat is sinking for many families and it needs to be fixed. Bailing out with emergency food parcels is not going to work.”

Foodbanks are increasingly reporting that users – their budgets crippled by rising energy costs – are asking for products which do not need cooking.

Fuel bills are set to rocket again when the energy price cap, currently £1,971 a year after a £693 hike last month, is reviewed in October.

The Bank of England fears wider inflation will surge past 10% later this year – piling fresh misery on struggling families.

Being unable to “access food” means they do not own a car to drive to the shops, cannot afford a bus fare or it is too far to walk – and fuel costs are also eye-wateringly high.

Trussell Trust chief executive Emma Revie said: “Today’s findings from The Food Foundation mirror the accelerating need we have seen at foodbanks across our network in recent months.

“As more and more people struggle to survive, they are yet another stark warning sign that people on the very lowest incomes cannot afford to wait any longer for action.

“Foodbanks in our network are telling us that people are skipping meals to feed their children and asking for food items that don’t need heating because they can’t afford to use the oven.

“Our research shows that a third of people in receipt of Universal Credit were already skipping meals this winter – a situation which we know will get worse as the cost-of-living crisis gets worse.”

YouGov’s figures were analysed by the London School of Hygiene & Tropical Medicine.

Genevieve Hadida, research assistant in food systems, health and sustainability at the school, said: “Not being able to eat regularly or healthily has a devastating impact on health.

“We were shocked to see that rates of food insecurity have risen to rates similar to the very start of lockdown two years ago, particularly in those households with children.

“Rising food prices and reduced disposable income are resulting in an unsustainable lifestyle with many children not having access to a healthy or affordable diet; this cannot continue.

“Immediate action and close monitoring are required to prevent the most vulnerable families from falling through the cracks.”

The Food Foundation urged ministers to increase benefits in line with inflation.

Welfare payments only climbed by 3.1% last month – despite inflation then running at 6.2% and amid warnings it will keep climbing.

It also called on the Government to ensure employers pay at least the Real Living Wage.

In contrast, the legal minimum rate for over-25s across the UK is £9.50 through the National Living Wage.

The Foundation also wants a Good Food Bill as part of the National Food Strategy White Paper, and an expansion of free school meals.

Public health expert Professor Sir Michael Marmot, of University College London, said: “Food is basic but so is security – both are vital to good health.

“If one household in seven is food insecure, society is failing in a fundamental way.

“These figures on food insecurity are all the more chilling because the problem is soluble – but far from being solved it is getting worse.”