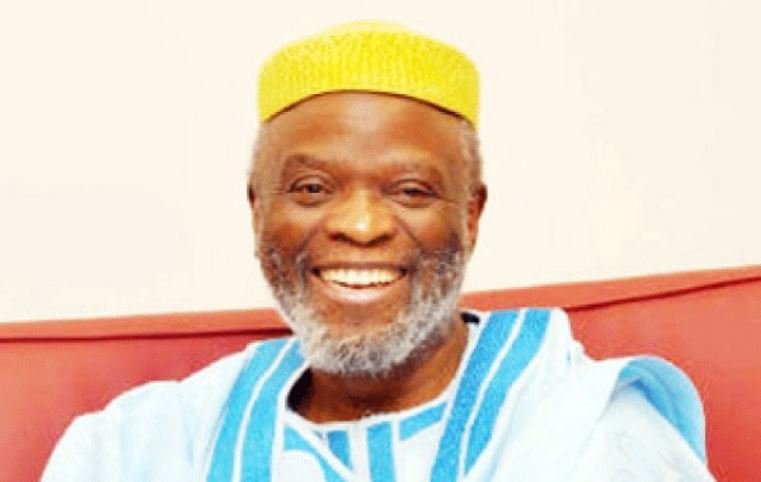 Re: 2023 Political Realities That Annoy And Heal

This is a rejoinder to Reno Omokri’s piece of the above title published in his column (‘THE ALTERNATIVE’) on the the back page of ThisDay newspaper of Tuesday, the 3rd of May, 2022.

I like Reno. Even though we are on different ideological pages, I love his energy and commitment to the Nigerian national cause. He’s an example of how I want young people to engage with Nigeria. When I sit with young people in my orbit or talk with them in any setting, I keep repeating that they cannot afford to just be spectators in our national affairs. The men and women who helped birth the nation from colonialism were young people who answered the call of duty. There is no time to stand and stare!

In his piece, Reno missed two fundamental truths about Nigerian politics. The first is that if the establishment does not want you, you can never win the presidency. The second is religion as a factor in Nigerian political outcomes is overrated, especially at the national level. Yes, the establishment uses it when convenient, but, when it matters, realpolitik always trumps religion.

Nigeria is not a land of political revolution. We have been caught in the web of the ‘Class of 1966’ like since forever and they are still in charge. They determine who is president, irrespective of parties. Buhari, for good or ill, has reshaped the establishment platform to be more pro-North. He may have done it deliberately or it may just be something that has developed naturally under his watch. Whichever is the case, it is today our reality.

Of course, the popular wisdom is that religious sentiments determine the outcomes of national political contests, especially for the presidency – at the party and general election levels. But the historical facts do not support this. What history tells us is that any candidate of any religious background can be sold successfully nationally by the establishment once they determine he or she is the one they want there.

So, Omokri’s attempt to aggressively launder the now emergent falsehood that Osinbajo is a Christian fundamentalist unsellable in the Muslim North will not fly. He’s only trying to scrape his way through a barrel to a ready-made answer. In fact, the fundamental emptiness of his position can be seen in his attempt to compare Osinbajo to Isa Pantami. I mean, isn’t that the height of skullduggery? Ordinarily such poppycockery does not belong in the realm of even quasi-intelligent discourse; but, in Nigeria, it’s par the course. When we discuss politics, we throw in the kitchen and the toilet sinks and religion is the odious perfume we smell everywhere. But, as I have implied, the establishment does not think that way.

If the North thought Osinbajo a problem on religious grounds, he wouldn’t have been accepted as the Vice President to a Buhari as President. What they saw was a man who was a vital intellectual backbone of the Tinubu machine and the one who ran the biggest programme (through the courts) that created the Tinubu mystique. Surely, when the Lagos State Government repeatedly beat the Federal Government at the Supreme Court, the establishment had no choice than to notice the genius behind the string of legal victories- Prof Yẹmí Osìnbàjò.

When Reno says that Buhari’s political foot soldiers in the core North are united behind Tinubu, we simply tick that off as an error of assessment. The reality is that those he refers to as Buhari’s political foot soldiers are showing Tinubu everyday with action that they are not with him. Let him name one Buhari foot soldier in Tinubu’s camp and I will name a hundred that are not there. When Buhari candidly said that the presidency is not for sale to the highest bidder, wise citizens paid attention.

Yes, Tinubu has the structure, he has amassed the money and is already throwing it around left, right and centre, but the truth is that many are just fleecing him at the moment. Many signals within the party and within the establishment indicate he is on a hiding to nothing. Many see Tinubu as a greedy blackmailer who must be kept away from Aso Rock because he has the capacity to create an entirely different political patronage structure that can alienate the ‘Class of 1966’.

Incidentally, Tinubu went full throttle to politically terminate Ambode when the latter tinkered with the patronage structure in Lagos. As far as the establishment are concerned, Tinubu has been amply rewarded with the free rein they’ve given him over Lagos and its purse strings. Giving him Aso Rock is class suicide for the establishment.

We have seen the establishment flying the idea of parachuting Jonathan in as the consensus candidate of the APC, but it’s a bridge too far. We have been hearing of the attempt by some top members of the establishment to draft in Godwin Emefiele and now we see that he has actually picked up the APC Expression of Interest and Nomination form. Of course, that is quite troubling because the corruption writ-large in his candidacy is brazen. I wouldn’t want to believe that our party has degenerated to the level that they can openly slap Nigerians in the face with the candidacy of a serving Central Bank Governor. So, I still believe the real battle is among three other aspirants that include Osinbajo.

A lot of people don’t know that Professor Osinbajo faced very stiff opposition in 2019 from people who didn’t want him to return as part of the reelection ticket with Buhari. At the head of those opposed to him returning as Vice President was the late Abba Kyari who was said to have been working closely with Tinubu at the time. Buhari had to sternly tell off the lobbyists, insisting he was happy with Osinbajo and would run with him. Osinbajo as Vice President today is a strong indication that Buhari thinks him worthy of succeeding him in 2023. He could have easily replaced him prior to the election of 2019.

For those who still think Buhari has no favourite amongst the candidates, they need to read between the lines. When in January he was asked in a Channels Television interview by Maupe Ogun to name his favourite presidential candidate, he responded: “I won’t tell you my favourite for 2023, he may be eliminated if I mention. I better keep it a secret.” He wasn’t joking. The comment is revealing. It tells us he was aware of the intense jostling for the position going on within our party. It tells us he had someone in mind already and that person isn’t a party Goliath. For a man who knows what Osinbajo has endured as Vice President, he knew what he was talking about. Of course, the only thing is that he has not expressed his preference to Osinbajo himself.

Though Buhari can appear aloof, he appreciates loyalty. If Osinbajo works hard to win him over and Buhari helps make the case with the Northern establishment that Osinbajo is the best bet for Nigeria, they will vote him overwhelmingly. For Buhari, he must see the overwhelming benefit to him and his legacy if he endorses Osinbajo. It would prove that he is a true statesman and a wise and methodical leader of men. He should be proud that for the first time a Nigerian Vice President will succeed his principal.

Osinbajo knows that a lot is riding on his candidacy. He knows that he presents young Nigerians and the progressive forces, North and South, their best opportunity to win back the country and set it on a confident future where all citizens will feel proud to identify with our national aspirations in healthy competition with the best in the world. He knows there is nothing partisan about true national development, which is why he is committed to making Nigeria work for every Nigerian, no matter their ethnic group or faith and no matter where they live and work. He knows that as the President, if given the opportunity, he has to rapidly build upon the foundations laid at a time of enormous difficulties for our republic.

Reno Omokri is analytical but he clearly does not understand the game of thrones. Contrary to what he opined, methinks that the majority of the northern governors will bend towards the candidate that President Buhari endorses. Buhari did not win the affection of the North through these Governors. Rather, many of them rode on Buhari’s coattail to ascend into office. To assert that even Buhari cannot stop Tinubu in the North is the height of sophistry.

I have repeatedly said that Osinbajo cannot totally separate himself from the perceived shortcomings of the Buhari Government. I find the accusation a bit lame that Osinbajo failed to distance himself from PMB. The constitution is clear about who is the ‘driver’ of the Nigerian vehicle. To his credit, even Tinubu has not disowned Buhari publicly.

However, writers paid by Tinubu would naturally project Osinbajo as the architect and cornerstone of every shortcoming the current Government. Meanwhile, it will be lost on them that the Buhari Presidency is an APC Government. How many times did the National Leader of the APC speak to the derelictions of the Government of his party?

The only period when Buhari was away was when people came to appreciate Osinbajo’s leadership qualities. Nigeria needs a man who must combine a tender heart with a tough mind. Yemi Osinbajo epitomises this combination.

Senator Olusola Adeyeye is a Nigerian biologist and politician