Everton beat Leicester to move out of bottom three
Advertisement 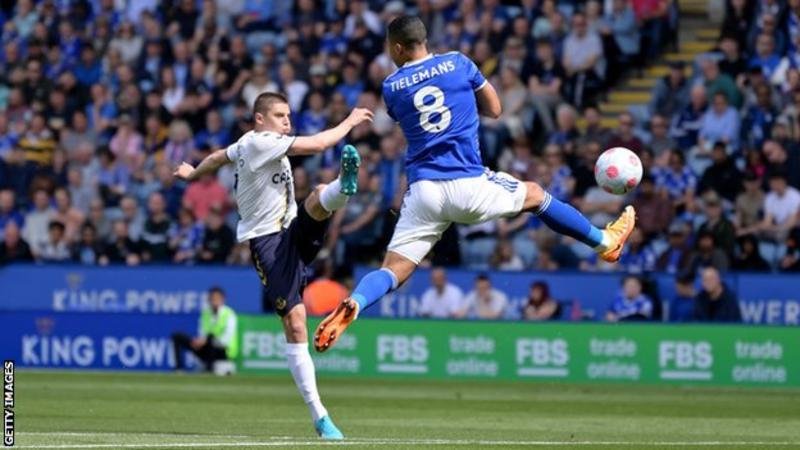 Everton climbed out of the Premier League relegation places by holding on for a hard-fought victory over Leicester City at King Power Stadium.

A stunning volley by Vitaliy Mykolenko and Mason Holgate’s header gave Frank Lampard’s side their third win in five games and ensured they remain in control of their destiny with four Premier League games to play.

The unmarked Holgate was quickest to react after Kasper Schmeichel kept out Richarlison’s initial header from a corner to restore the Toffees’ lead after 30 minutes.

Forced to chase another equaliser, Leicester dominated for large periods in the second half – but they found England number one Pickford once again in inspired form.

Having made one of the saves of the season against Chelsea last Sunday, the Toffees goalkeeper produced sublime stops to deny Nampalys Mendy and Harvey Barnes to protect his side’s narrow lead.

Everton moved up to 16th with victory, one point above Burnley and Leeds United, who lost 2-1 at Arsenal to drop to 18th.

The Toffees have played one game fewer than their relegation rivals.