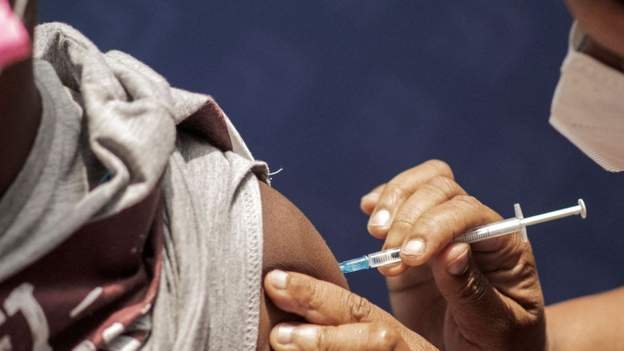 South Africa’s daily Covid infections rose by almost 60% between Wednesday and Thursday amidst concerns that the country faces a possible fifth wave.

There were 9,757 new recorded cases and the positivity and hospitalisation rates are up, according to the National Institute for Communicable Diseases.

The health department says two Omicron subvariants are driving a surge which is concentrated in three major provinces – Gauteng, Western Cape and KwaZulu-Natal.

Some epidemiological experts argue that from a technical definition the country has already reached a fifth wave, and earlier than had been anticipated.

On Thursday, the National Department of Health extended by three months some regulations including the wearing of masks indoors, restrictions to public gatherings and persons entering the country.

It pushed back a deadline to announce revised health regulations to allow for more public consultation following the lifting of the two-year long Covid disaster declaration.

South Africans were looking forward to greater freedoms after the state of disaster was lifted, but the government is still trying to navigate the course for a new normal.

The country has been the worst affected by the Covid pandemic on the continent and has faced some of the harshest restrictions.

But the authorities have wrestled down the number of deaths which stood at seven for the last 24-48 hours.

Related Topics:CovidGauthengOmicronSouth Africa
Up Next