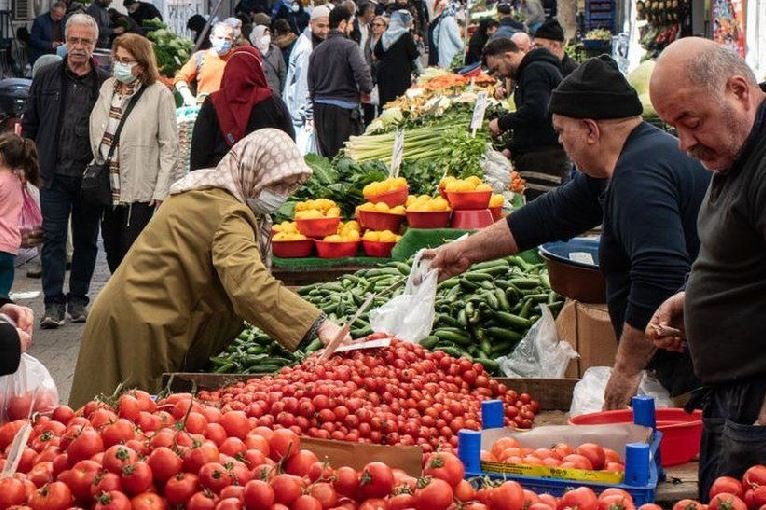 Consumer prices in Turkey soared nearly 70% in April from a year ago, hitting a two-decade high, official figures show.

Transport, food prices and household furnishings recorded the sharpest rise in annual inflation, with transport costs more than doubling over the year.

Countries around the world are dealing with a growing cost of living crisis.

But Turkey’s problems have been made worse by its president’s reluctance to raise interest rates – a commonly used tool to help cool inflation.

The cost of food and non-alcoholic drinks saw an annual increase of 89.1%, while furnishings and household equipment were up 77.64%.

On a monthly basis, prices jumped 7.25% in April, according to data from the Turkish Statistical Institute.

Turkey has seen a collapse in the value of the lira, as President Recep Tayyip Erdogan prioritises exports over currency stability.

Mr Erdogan has described interest rates as “the mother and father of all evil,” and has used more unorthodox policy to try to dampen prices including intervening in foreign exchange markets.

Facing pressure from the Turkish president, the country’s central bank’s has slashed rates to 14% from 19% since September.

In April it kept rates steady for the fourth month in a row, despite soaring inflation.

Tuba Canpolat, a former healthcare worker living in Istanbul, said her family was struggling to manage with only her husband’s salary. He works in construction.

She had planned to return to her job after taking three months of maternity leave but with prices so high she was unable to afford childcare.

“I receive what we call unemployment benefits in Turkey but it is such a low number that it doesn’t even meet my baby’s monthly diaper needs,” she told the BBC.

Tuba said she had been forced to buy cheaper nappies for her baby and change them less often, while their food costs have also soared.

“We can’t handle it. In fact we survive thanks to the support of our family,” she added.

Charlie Robertson, global chief economist at Renaissance Capital, said disruption caused by the war in Ukraine was contributing to higher prices, including for food.

However, he said much of the underlying reason for high inflation was “Turkey’s very odd monetary policies”.

President Erdogan will be seeking re-election next year

But Jason Tuvey, emerging markets economist at Capital Economics, said there were “no signs that policymakers are about to shift tack and hike interest rates” and predicted inflation would remain around the current high rates for much of this year.

Prices are rising quickly around the world, due to factors including Covid-related supply shortages and the Ukraine war, which has driven energy and food prices higher.

Many countries have responded by raising interest rates to encourage people and companies to borrow and spend less, with the aim of limiting inflation.

The Bank of England has raised the interest rate to the highest level since 2009 while on Wednesday the US Federal Reserve announced its biggest rate increase in more than two decades.

Countries including India and Australia have also hiked borrowing costs.

15 million people have died from Covid – WHO