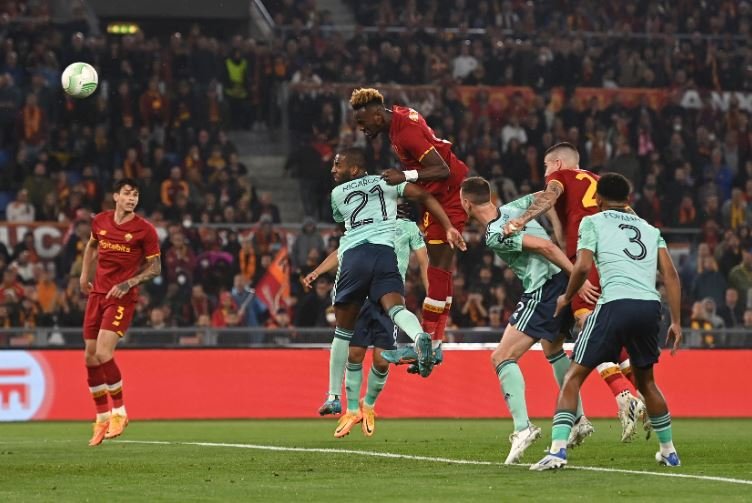 Leicester City was denied a place in the Europa Conference League final after losing 1-0 to Roma at the Stadio Olimpico in Italy.

Tammy Abraham’s powerful header for the home side was the difference as Leicester struggled to make an impact at the Stadio Olimpico.

The England striker’s goal was enough to prevent the Foxes reaching a first European final after the first leg finished 1-1 at the King Power Stadium.

It will be the Italian side’s first European final since 1991, where they will face Feyenoord.

Leicester boss Brendan Rodgers said after Sunday’s Premier League 3-1 defeat to Tottenham that his side needed to work on their defending of corners – so the last thing he would want to see his side do was concede four of them in the opening 10 minutes.

One of those corners gave Abraham opportunity to leap higher than anyone else and put a bullet header past Kasper Schmeichel from a sublime Lorenzo Pellegrini delivery, whose set-pieces were a threat throughout.

Leicester were passive in the first half and did not manage a shot on target as Jamie Vardy looked isolated up front, with Rodgers seeing fit to introduce a strike partner, Kelechi Iheanacho, at half-time.

The Foxes looked brighter in the second period but still failed to create any clear-cut opportunities as Roma were happy to run down the clock.

The only shots of note came towards the final moments of the game as the Leicester players became desperate, shooting from all distances and angles.

James Maddison’s weak effort from 20 yards out was straight at Rui Patricio, and Iheanacho’s attempt from distance was also picked up with ease by the Portuguese goalkeeper.

Roma boss Jose Mourinho will now aim to put a fifth European title to his name when his side come up against Dutch side Feyenoord, who beat Marseille 3-2 over two legs in their semi-final, in the final on 25 May in Albania.